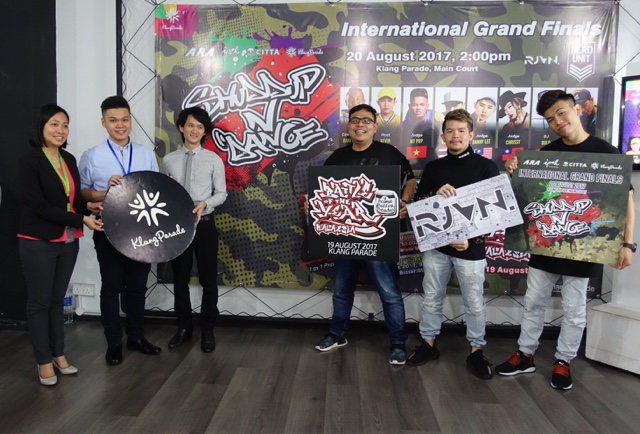 Dance fanatics, get ready to invade Klang Parade on 19th and 20th August 2017 the shopping mall will host two ultimate dance showdowns namely "Shuddup N' Dance 2017" and "Battle of the Year". The fourth incarnation of Shuddup N' Dance (SND) has grown to become an international event, a testament to its popularity among rising dancers in the street dancing scene locally and overseas. On the other hand, the Battle of the Year (BOTY) Malaysia selection event will also return to Klang Parade in August to identify the best Malaysian B-boy or B-girl dance crew to represent the nation in Thailand for the regional selections.

The ultimate mission of SND is to provide local dancers a platform to showcase their talents on stage and illuminate the public on the joy of street dancing. Over the years, the dance competition has been receiving positive feedback, especially the Grand Finals last year at Klang Parade, where the competition first opened up to international participation had the spectators screaming in awe at the gravity-defying dance routines.

The final selection round for SND will take place Klang Parade on Sunday, 13th August, where dancers battle it out in two categories, the "Solo Freestyle 1-on-1 Battle" and the "Freestyle Open Crew Showcase". The top winners of both categories will then move on to the Grand Finals at the mall on the following Sunday, 20th August, where they will battle it out against winners from the selection rounds at Klang Parade's sister locations, Ipoh Parade and CITTA Mall. At the Grand Finals, all the top contenders will also test their mettle against 5 international dance crews from Singapore, Thailand and the Philippines, the latter of which snagged the top two positions last year. Needless to say, the Malaysian teams are desperate to snatch the trophy from their brothers and sisters.

This year the esteemed judges for SND  Chrissy from Taiwan, from Thailand, MT Pop from Vietnam and of course Danny Lee on the panel. While SND has always been a fun occasion for all, and what better way to do than to invite some of the region's best and influential street dancers to preside over the competition.

In addition to the main event, SND also introduce a new sub-category for 2017, the "Junior Showcase" category that limits participation to only dancers under the age of 15. The showcase will take place on 12th August at Klang Parade.

Last but not least, there's BOTY on Saturday 19th August by the Peanut Butter Studio with Klang Parade as the official venue for the competition. Part of the larger BOTY International, the competition promotes hip-hop culture and is a global platform for street dancers to express themselves in a safe and inclusive environment. Battle Crew represented Malaysia last year at the South Asian BOTY in Thailand.

Aside from the official BOTY Malaysia Selection event, there will also be two sub-competitions taking place during the day, the "2-on-2 B-Boy Battle" and "1-on-1 Freestyle Battle", both of which are categories officially by BOTY International. The judges for this event will be GI from Thailand, Vietmax from Vietnam and Felix from Singapore. The booth deejays are and Bolo from Singapore.

To complement the high octane dance competitions over the weekend, SND Judge Chrissy will be hosting a "Waacking" (a dance form popular during the 70s) workshop at 9.00pm on 19th August at the Peanut Butter Studio. Interested participants can enjoy for RM90, walk-ins are accepted, though at a higher rate. To save a spot for the workshop, participants are advised to call 010-566 0033 for reservations. 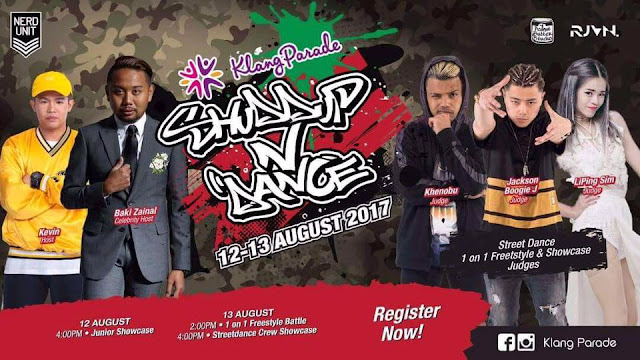 For more information on the dance competitions, please log on to Klang Parade's Facebook page.
Posted by elanakhong at 2:56 AM