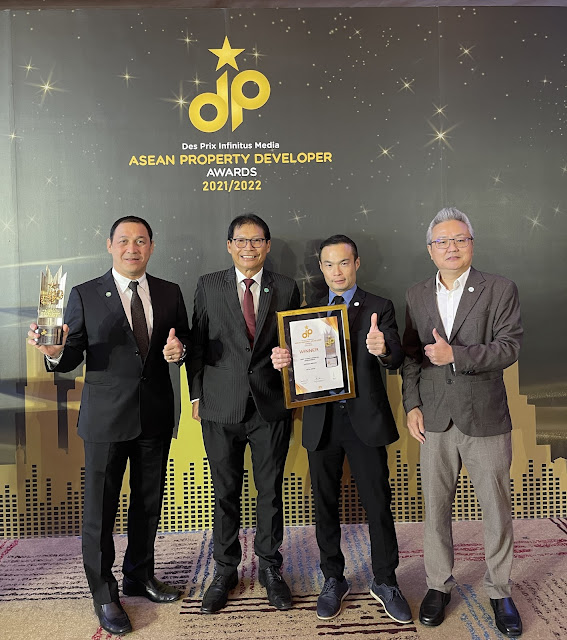 A huge congratulations to Astrum Ampang, the latest flagship project by Setia Awan Group Central Region for bagging the prestigious ASEAN Property Developer Awards 2021/2022 for the 'Best Transit Oriented Development' category recently. Inspired by the ancient Greek language, Astrum means Star, and the development revolves heavily upon this celestial theme. Hence it is unsurprising that the project has given nothing short of a stellar performance.

Every great development originates from humble beginnings, but Astrum Ampang defies the norm by leaping through the stratosphere with its first property award. This glorious win is a recognition of Astrum Ampang as a superlative transit-oriented development, solidifying its concept relevance and success in the ecosystem of a modern city.

Also a testament to its concept’s relevance in today’s property market, its SOHO Suites 1 which was open to public end of March 2022 is already fully taken up. Responding to the ongoing demands, Astrum Ampang’s 664 units of SOHO Suites 2 priced from RM450,000 is now open for registration.

Transit-Oriented Developments (TODs) reinforce the effort of transforming cities through place-making and more. TODs promote sustainability, ease mobility, increase real estate value, and encourage healthy activities such as walking. After all, a development represents more than just the brick-and-mortar, but a wholesome synergy with the surrounding environment. 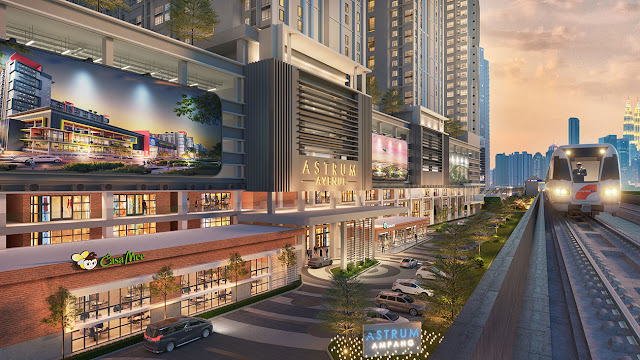 Winning the ‘Best Transit Oriented Development' category is significant for any contemporary development and with this, Astrum Ampang stands out as the best among the TODs in today’s market.

Winning features of a successful TOD

If its achievement as the first TOD with SOHO transit concept in Malaysia does not impress, then be wowed by the key position Astrum Ampang occupies in Ampang. It has numerous amenities within a radius of 6km, including Gleneagles Medical Centre, Great Eastern Mall, KLCC, Pavilion Kuala Lumpur, various other shopping malls, medical centres, education institutions, and recreational parks.

Astrum Ampang with a gross development value of RM1.6bil offers a total of 5,228 units, an impressive array of signature SOHO transit homes, SOHO Suites and serviced apartments which address the pain points of home ownership in the city centre.

Due to the overwhelming response which saw all of its SOHO Transit 1 fully taken up, Setia Awan opened its new tower of SOHO Transit 2 for sale and the interest continues to be encouraging.

Another prime potential of Astrum Ampang is its link to the Jelatek LRT station which is just 150 metres away via a proposed covered pedestrian bridge. Considering this, the project is only four train stops to the KLCC LRT station and only one stop away from an upcoming MRT 3 station. Being a mixed development, residents of Astrum Ampang will further enjoy 27 commercial units at the ground podium, an added convenience to the already wide choices of amenities in the area.

“Astrum Ampang is not only here to set the record as the first TOD with SOHO Transit in Malaysia. It is going to redefine the concept of transit-oriented developments in this country. Where people see a prestigious address in Ampang, we see a finely tuned equilibrium that is akin to an art form, of pricing, exclusive facilities, conveniences, and livability, the hallmarks of successful property development,” said James Bruyns, Chief Operating Officer, Setia Awan Group Central Region.

With regards to connectivity, the development is highly accessible to the DUKE, SPE, AKLEH highway, and not forgetting the prominent Jalan Ampang. This highly developed neighbourhood and the healthy demand it enjoys further point toward Astrum Ampang’s potential to flourish, which means a good rate of capital appreciation and rental yield.

An address worthy of the stars

Night time is a magical moment at Astrum Ampang, for the darkness reveals another side of its splendour. At a height of 57 storeys, Astrum Ampang provides residents with a breathtaking vista. 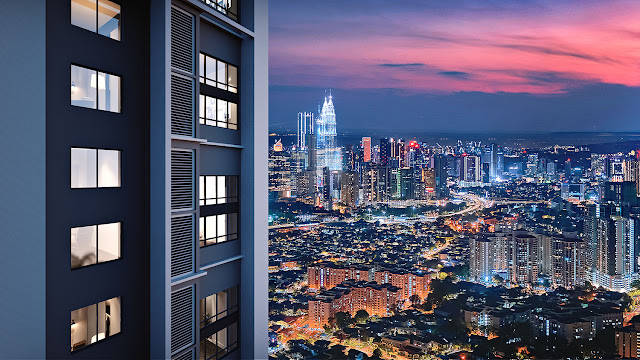 Residents will find their lives being enriched by 62 choice facilities, ranging from a children’s indoor playground, sunken jacuzzi, infinity pool, reflexology room and not forgetting, a 5,000 sq ft smart gym that comes with the most advanced workout equipment.

Community spirit is nourished at the multi-purpose hall, outdoor theatre, and community centres. The facilities are spread across 5-acres of landscaped podium stretching across the development, carefully manicured aesthetically for functionality and recreational purposes. 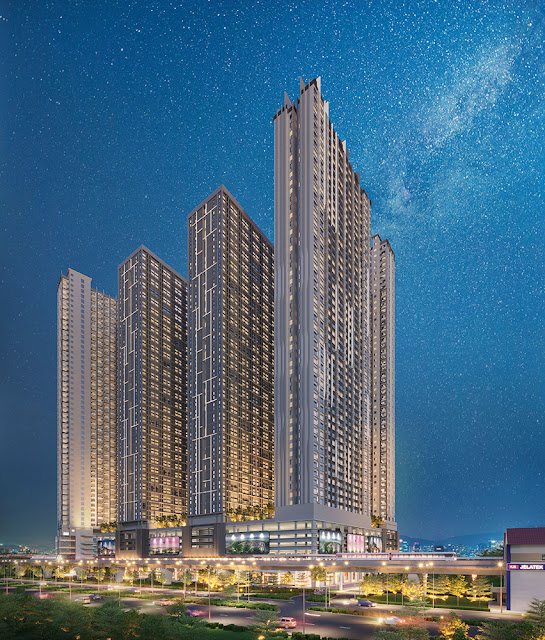 Astrum Ampang is further influenced by the cosmic celestial theme, where light sources are decoratively interspersed within the development to emulate a starry sky. These are more than aesthetic embellishments, but an underlying statement towards Astrum Ampang’s potential to reach out to the stars.

Posted by elanakhong at 1:37 AM