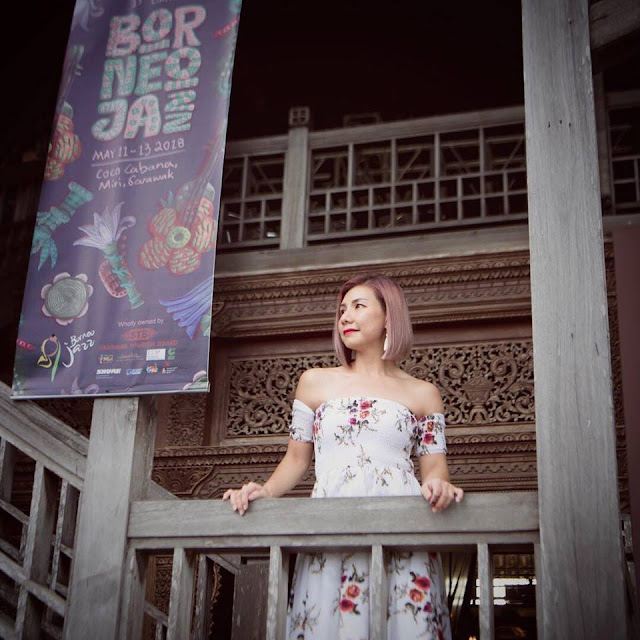 What's better than chilling by the seaside and listening to relaxing jazz music? One of the longest-running jazz festivals in the region, the 13th Borneo Jazz Festival was held at Coco Cabana, Miri last month featuring an amazing line-up of performances from both regional and international recognised jazz musicians. 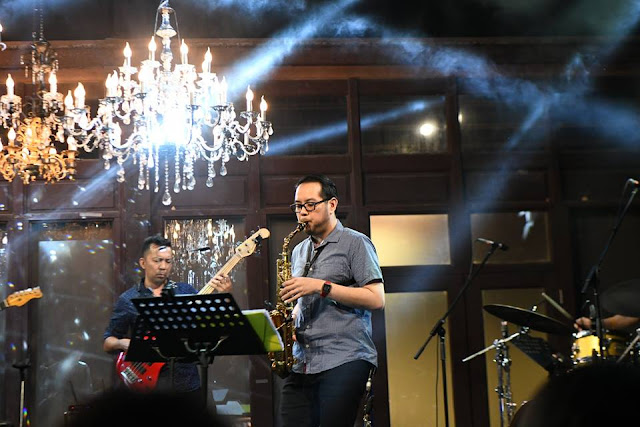 The 3 days Jazz festival showcase performances by artistes from all over the world as well as Malaysia namely Alton Wong, Zee Avi, Aina Abdul, Hong Chanutr, Sri Hanuraga Trio, Michael Veerapen, Jasso and Steve Nanda to name a few. The local schools brass bands were featured as a prelude to the opening act as part of their exposure on the international stage. 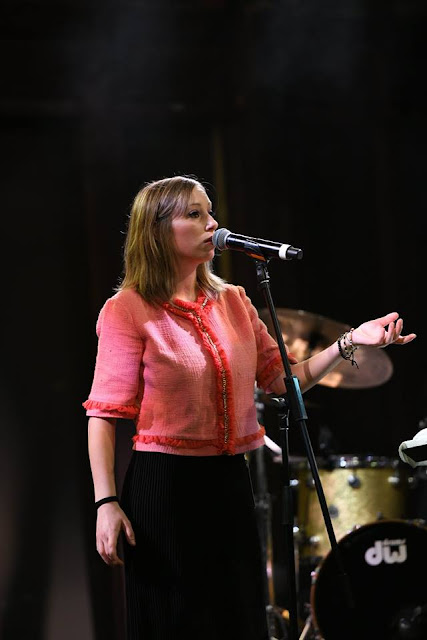 Cecilia Brunori who hailed from Italy took the stage with her catchy and inspiring rhythms. She had performed at Umbria Jazz Festival, one of the largest jazz festivals in the world and currently working on an album with a well-known jazz pianist and composer, Danilo Rea. 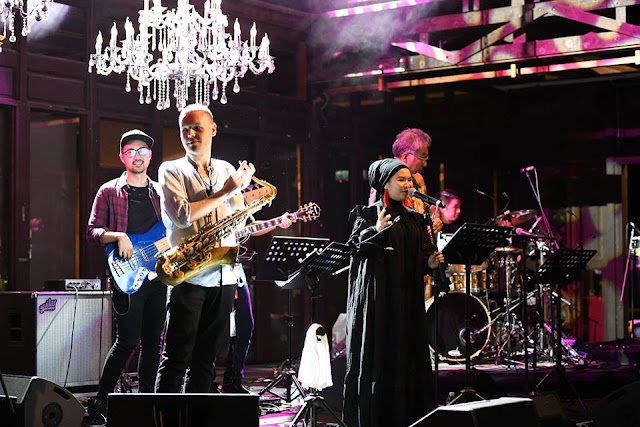 Awesome vibes, a good mix of jazz elements, whether you're a jazz enthusiast or not, you'll have a great jazzy time at the Borneo Jazz Festival! 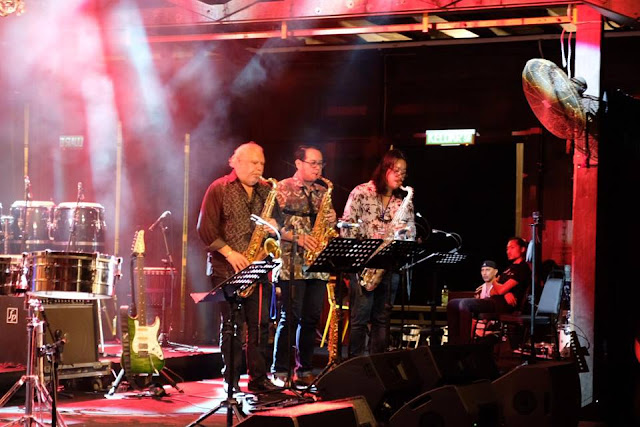 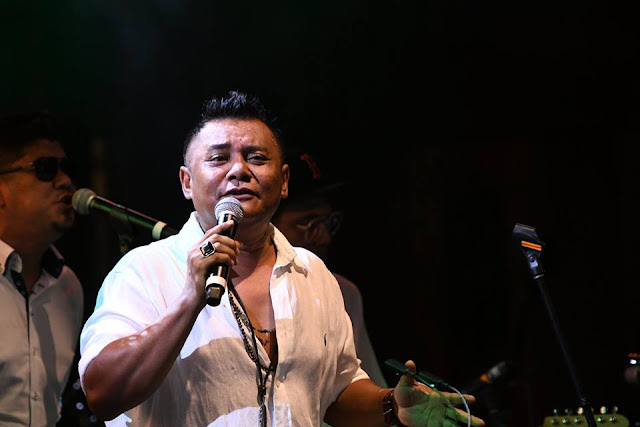 The highlight was the performance by Borneo Jazz Festival Band featuring Dato' Zainal Abidin, Dasha Logan and Michael Veerapen. Dato' Zainal Abidin famed for his unique musical style sang several of his popular songs such as Manis, Hijau and others, with the crowd singing along. The night ended with an energetic and entertaining performance by Havana Social Club. Formed by Pablo Calzado Morales (Cuban drummer and percussionist) the collective comprises of members from Cuba, Singapore, Venezuela, and USA who all have a passion for the sound and ‘life’ for Cuban and Latin music. 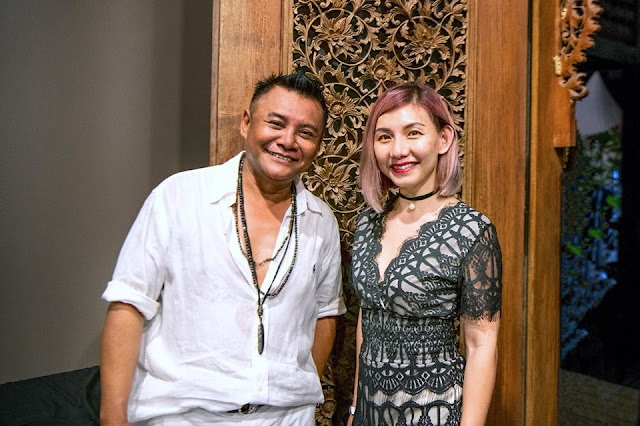 The Borneo Jazz Festival also expands its musical outreach programme as aspiring musician can learn the basics of Jazz musical instruments from the professional musicians. A night of captivating performances with sitting and dancing areas, plus a wide lawn for picnics surrounded by arts and food stalls, we really enjoyed the music festival and look forward to coming back next year! While we're there, we also took the opportunity to explore the quaint town. Here are some of our favourite hot spots. 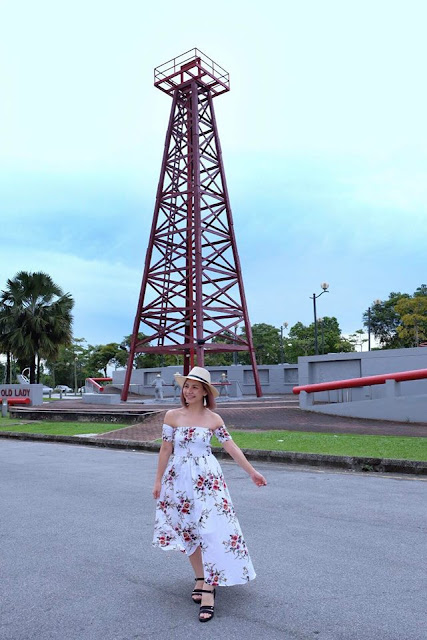 The Grand Old Lady is Miri's first oil well which is also a popular lookout point to catch the scenic views of Miri. I'd say the lovely architecture makes the perfect background to snap #ootd too. 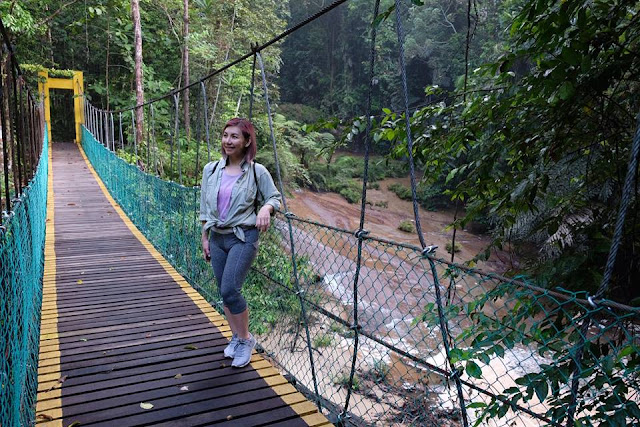 If you are a nature enthusiast, you ought to visit the famed Lambir National Park. Located 30km southwest of Miri, we reached Lambir National Park after about 45 minutes drive from Miri town. Overall, there are a few hiking trails with signs along the way ranging from fairly easy to moderately difficult hikes. 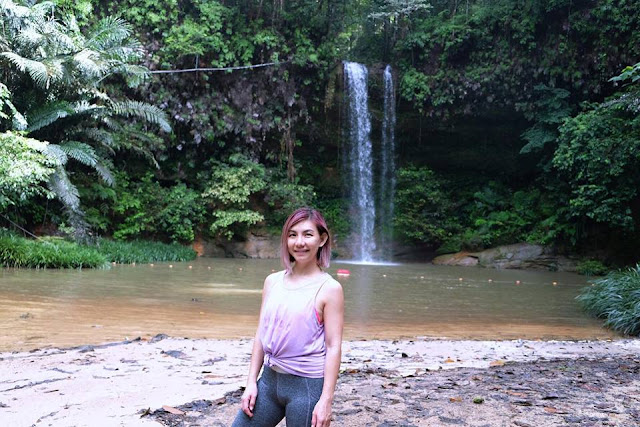 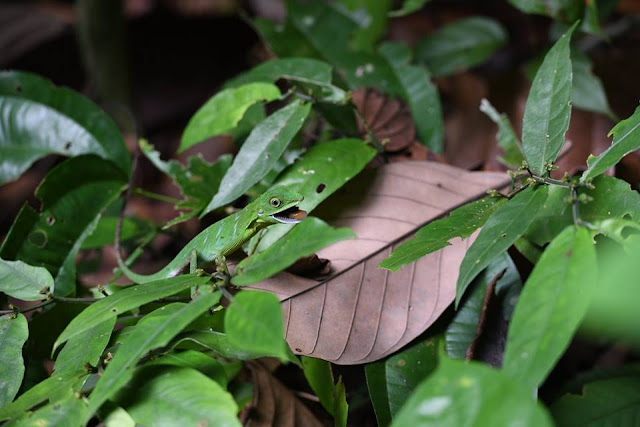 See, hear and feel the forest! We even spotted a lizard during our hike.
Remember to wear comfortable shoes, bring along a water bottle, energy bar, sunblock, mosquito repellent and clothes for changing. (if you want to swim) 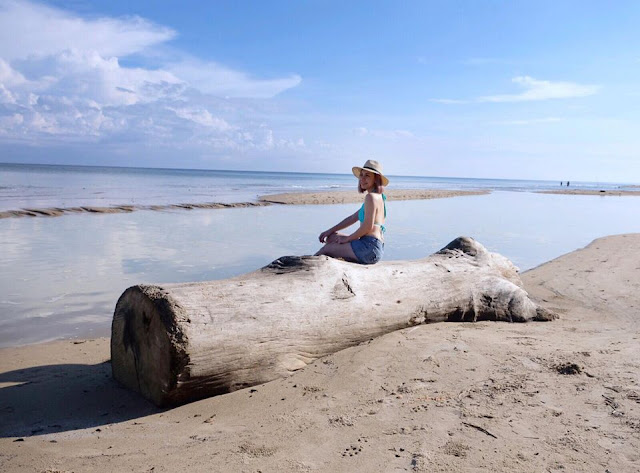 Dreaming of a beach holiday? The Tusan Cliff Beach is breathtaking with fascinating rock landscapes which resembles a horse drinking water. Do note that you will need to climb down a rather steep cliff to reach the beach. 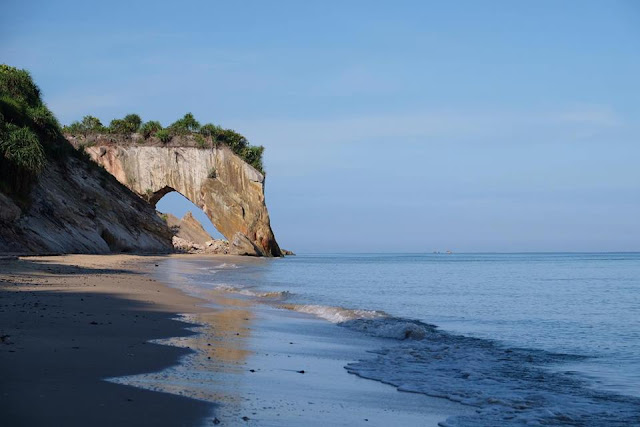 If you're lucky, you might catch a glimpse of  'blue tears' phenomenon which turns seawaters into magnificent bright blue as it washes up on the beach. 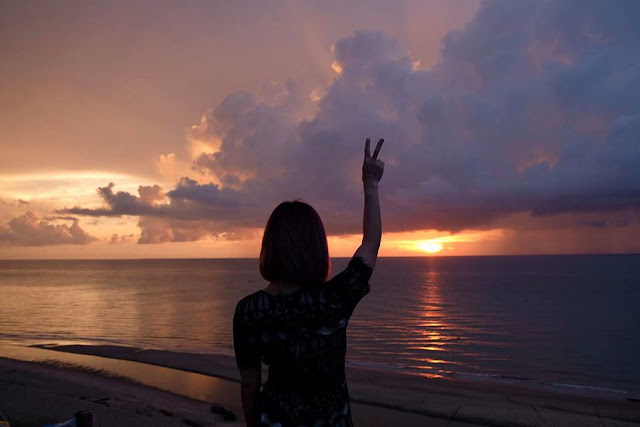 The best time to visit will be around 6pm to catch the beautiful sunset glowing orange over the ocean. However, beware of sandflies as we were bitten badly and the swelling and itch can last for days. Ouch! 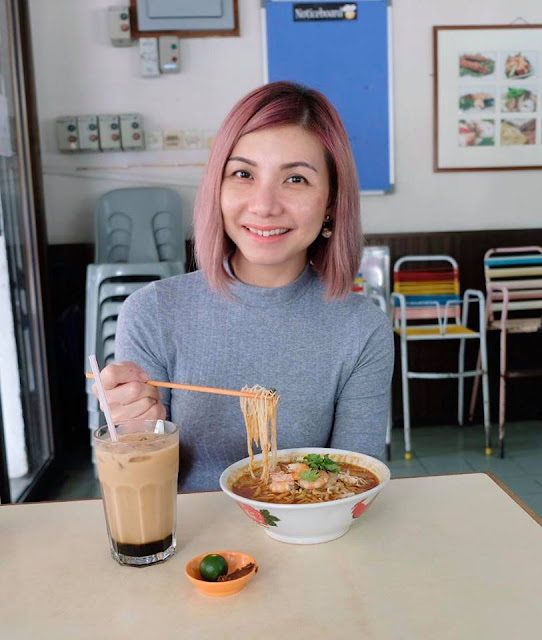 What's a Sarawak trip without Sarawak Laksa? We get our cravings fixed at Tasty Point, a place frequented by the locals. Thick and flavourful gravy, the laksa was aromatic and tasty, generously laden with prawn. 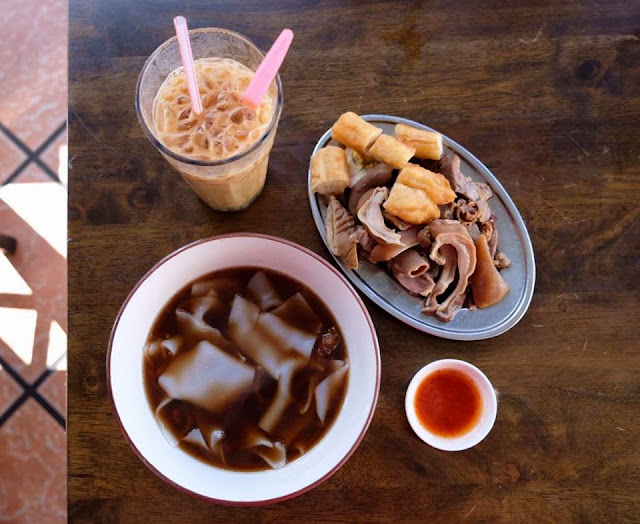 And how can we miss out on the best kway chap in town! WZT Cafe's kway chap consists of super smooth squarish rice noodle sheets served in a thick herbal broth with mouth-watering pork belly, tongue, intestine and yau char kwai was delish. 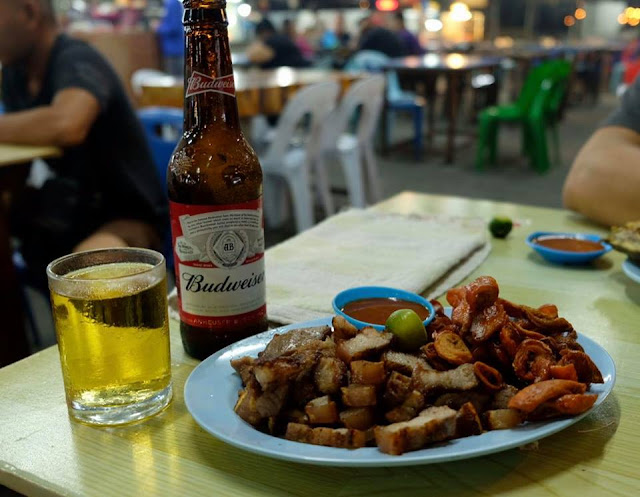 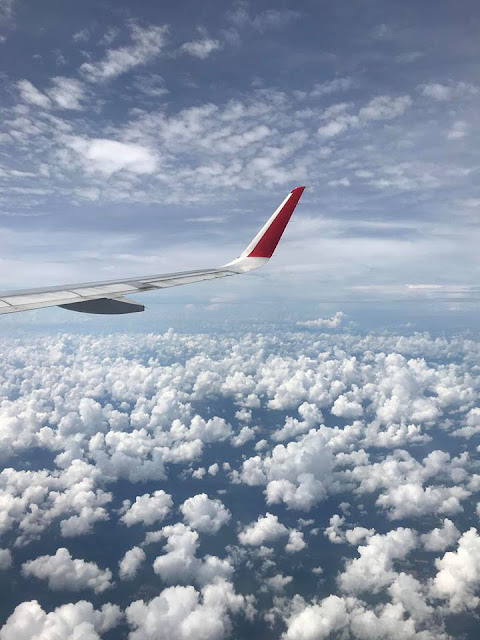 A short but sweet trip with my favourite person courtesy of AirAsia. Thanks for having us! It's always a pleasure to fly with AirAsia.

Posted by elanakhong at 9:21 PM