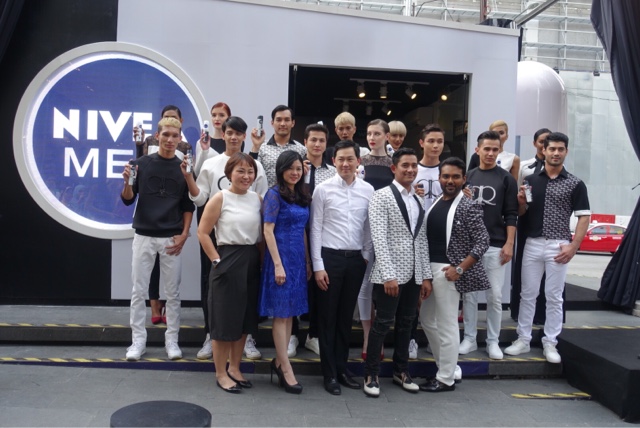 Hey, guys! Thanks to Nivea, you don't have to worry of staining your outfit anymore. Ever encountered deodorant causing white marks on dark textiles or yellow underarm stains on light- fabric? This is a permanent damage caused by the chemical reaction between antiperspirant ingredients, sweat and detergent.

Men treat the underarm yellow stains seriously without affect one's action, attitude and self-esteem. With 3x the dryness and preventing yellow stains on clothes, deodorant users will be delightful for Nivea Men Deodorant Invisible for Black & White's unique anti-stain technology. It is the new generation of deodorant that put a definite end to every men's disdain with no more yellow stains on their white clothes.

In conjunction with "Don't Stain Your Outfit", Nivea Men had launched its first ever Black and White pop up store in Malaysia with collaboration with high-end fashion house, Rizmanruzaini. The launch had inspired Rizman Ruzaini to design 12 different limited edition black and white street wear designs with Nivea Men. It is also his first time to designed male collections exclusively in collaboration with another brand. 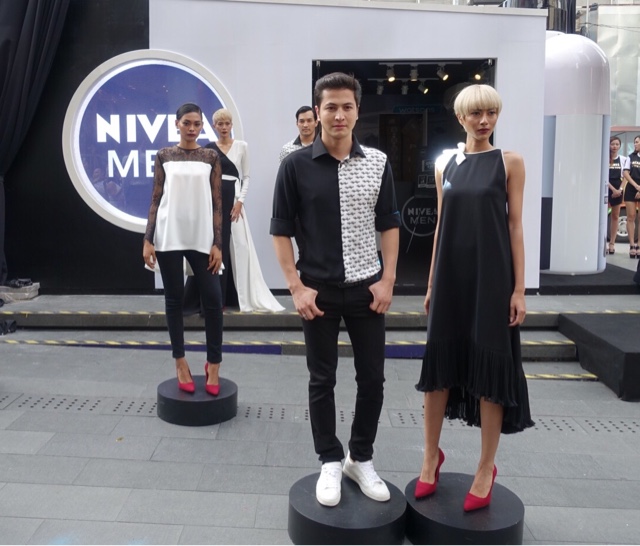 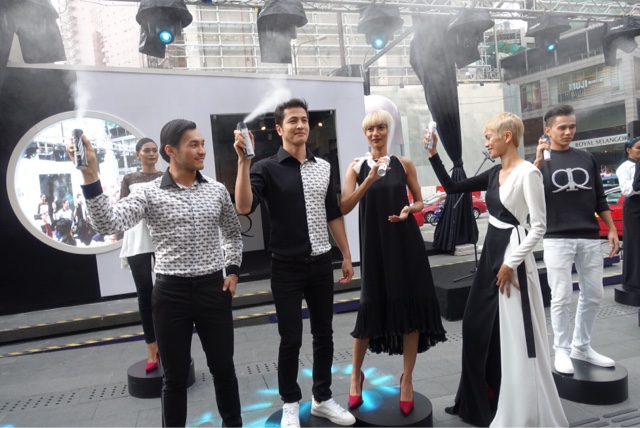 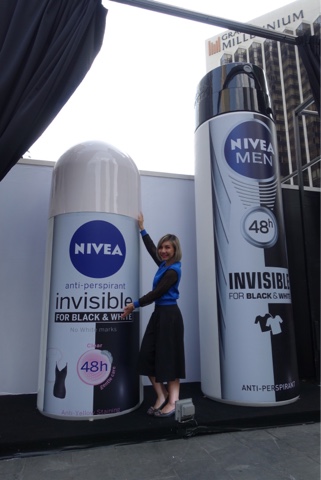 Two mega sized Black and White Deodorant Spray and Roll On mock-ups were displayed in the heart of Kuala Lumpur.

Along with the campaign, don't forget to join Nivea Men nationwide contest from 1st to 30th September 2016. Participants stand a chance to win RM40000 worth of prizes including Rizman Ruzaini collections with a personalized quote on it. 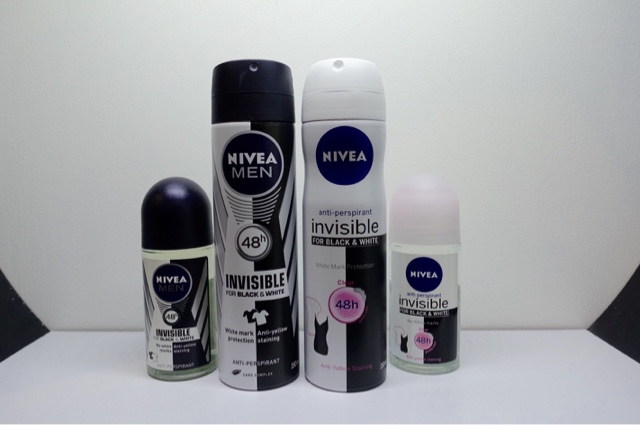 /Nivea Men Deodorant invisible for Black & White has a refreshing yet mild scent that leaves you feeling fresh and dry upon application. It is priced at RM5.50 (25ml roll-on), RM10.50 (50ml roll-on) and RM16.90 (150ml spray) respectively, available at leading pharmacies, supermarkets and hypermarkets nationwide. Kindly log on to Nivea Men for more information.
Posted by elanakhong at 2:18 AM