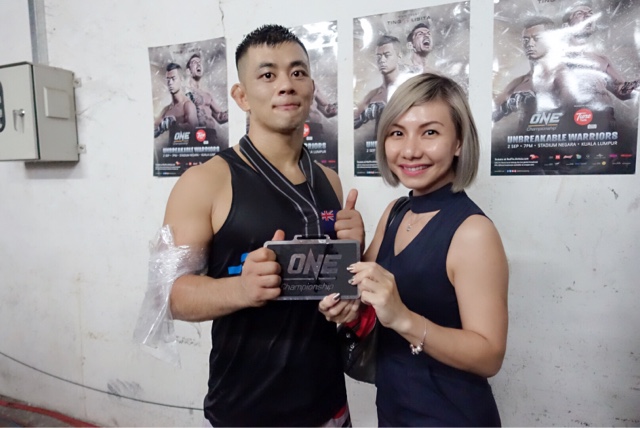 Hey! First thing first, congratulation to EV Ting, you're my hero. :p It was the most electrifying night at Stadium Negara last Friday with ONE Championship™ONE) spectacular showcase of world-class mixed martial arts action. This year, ONE: UNBREAKABLE WARRIORS features eight Malaysian MMA superstars defending their home turf in front of a packed crowd cheering them on. In the main event, Malaysian-Kiwi sensation Ev “E.T.” Ting emerged victorious over Australian stalwart “Ruthless” Rob Lisita to win by unanimous decision in an exhausting lightweight contest. 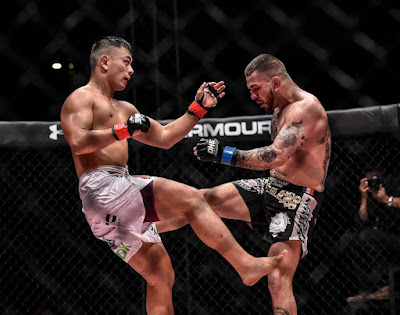 In a display of pure willpower, the two warriors repeatedly tagged each other with devastating blows that would have dropped and finished lesser men. In the end, Ting simply had more in the tank, earning the unanimous decision by outlasting Lisita who was thoroughly defeated but remained unbowed.

“I want a title shot guys, let’s go! Rally for me! I want that strap! Peace out, title shot, warrior spirit. What more do you want?” said Ting in the post-fight interview. 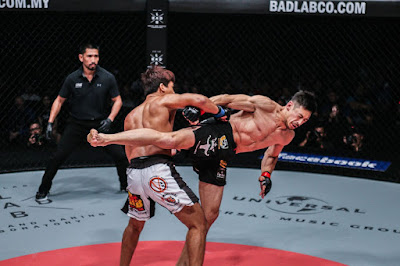 The two fighters gave everything they had and blasted each other every minute of the bout for the duration that it lasted, much to the delight of the packed Stadium Negara crowd. Past the midway point in round , a Wiratchai uppercut dropped Davis and an ensuing volley of punches effectively ended the bout. 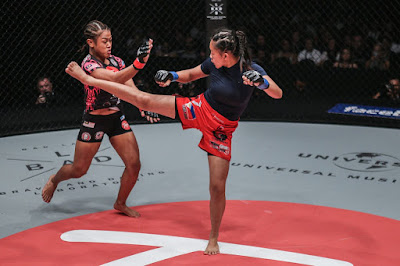 22-year old April Osenio of Baguio City, Philippines delivered her most impressive performance yet, submitting top Malaysian female fighter Ann “Athena” Osman in the first round of a scheduled three round women’s . and Osman wasted no time striking and immediately went into the clinch as soon as the bell sounded. The two scrambled continuously on the mat, trading positions on numerous occasions until Osenio caught Osman in a Guillotine Choke to force the tap. 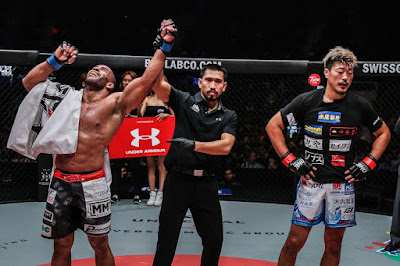 In a clash of veteran middleweights, Gilberto Galvao of Brazil made a successful ONE Championship debut with a unanimous decision victory over crafty Japanese MMA fighter Tatsuya Mizuno after three grueling rounds. Galvao owned a slight edge in damage inflicted and striking superiority, often landing powerful combinations that Mizuno took very well. Mizuno on the other hand scored repeatedly with highly accurate knees to the body. Towards the end of the bout, Galvao was able to land a couple of takedowns which the judges deemed enough to award him the victory. 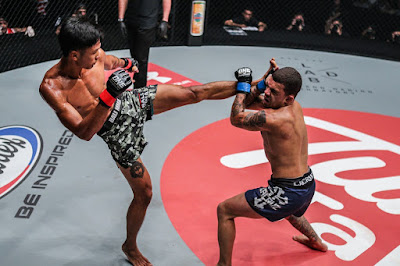 Malaysian flyweight sensation Gianni Subba employed a tactical , working with his long reach to keep Bryan at the end of his kicks all fight long. The biggest weapon for Bryan was the straight right he threw behind a counter left Subba came well-prepared for the fight and knew he had to stay away from Bryan’s deceptive power. All three judges scored the bout in favor of Subba who took home the unanimous decision victory after three rounds. 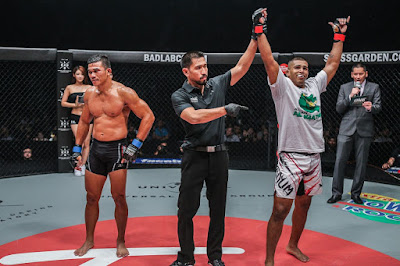 In the best shape of his career, Agilan “Alligator” Thani extended his win streak to six and kept his unblemished record intact with a methodical victory over the Philippines’ Trestle Tan. Thani dominated the fight from start to end, successfully taking Tan to the ground where he worked to finish with brilliant transitions. After taking Tan’s back, Thani slid his arm underneath the Filipino’s neck and squeezed until his opponent tapped out. 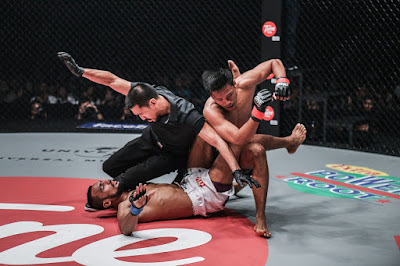 Malaysia’s Keanu Subba via Bali, Indonesia returned to his winning ways with a spectacular victory over Pakistan’s Waqar Umar. The 22-year old showcased his well-known striking prowess, bringing the fight to Umar who looked to take matters to the ground. After Umar caught a missed kick by Subba, he used the momentum to get the Malaysian prospect on the mat. Subba however executed a sweep shortly after and delivered his trademark elbows and fists from top control to force the Pakistani fighter to tap out. 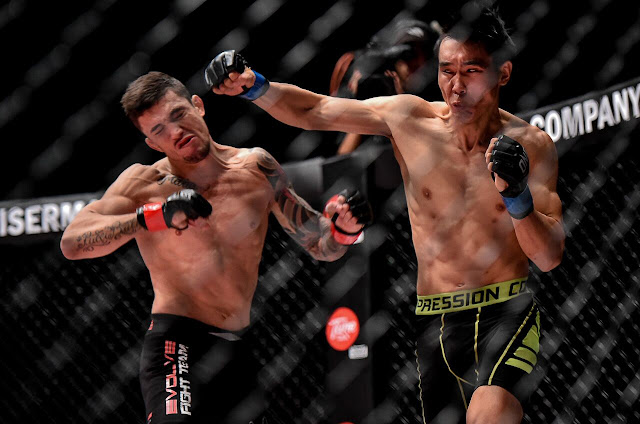 Featherweight bout: Nuerdebieke Bahetihan defeats Bruno Pucci by  at 0:08 minutes of round 1 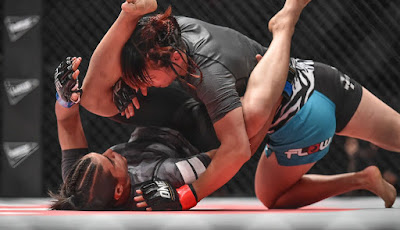 Female Huang of Chinese Taipei clinched her third straight victory inside the ONE Championship cage and fourth straight victory overall with a first round submission of Delhi, India’s Jeet Toshi. Despite Toshi’s usual willingness to engage, Huang her grappling skills on full display, submitting Toshi by Arm Triangle Choke just past the midway point of the first round. 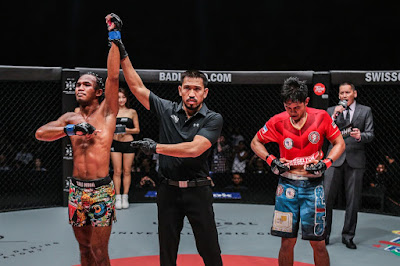 In a clash of Malaysian MMA prospects, former MIMMA featherweight champion Muhammad Aiman scored his first victory  the ONE Championship cage by routing former professional boxer Hisyam Samsudin to win by unanimous decision. After three rounds, Aiman used his superior striking and grappling to convince the judges to score in his favor. 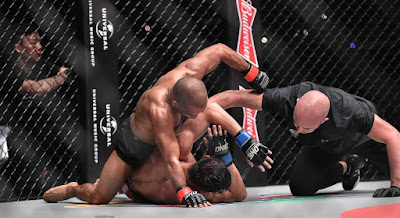 Rene Catalan of Manila, Philippines dominated Chinese fighter Zhang You Liang to win by unanimous decision in a three-round contest to kick off ONE: UNBREAKABLE WARRIORS. Catalan utilized his world-class skills to keep Zhang honest throughout the bout. In the end, Catalan’s work rate and accurate striking earned the judges’ nod.

In case you missed the action log on to www.onefc.com/livestream for the full replay of the fights at only US $9.99.

Posted by elanakhong at 8:31 AM