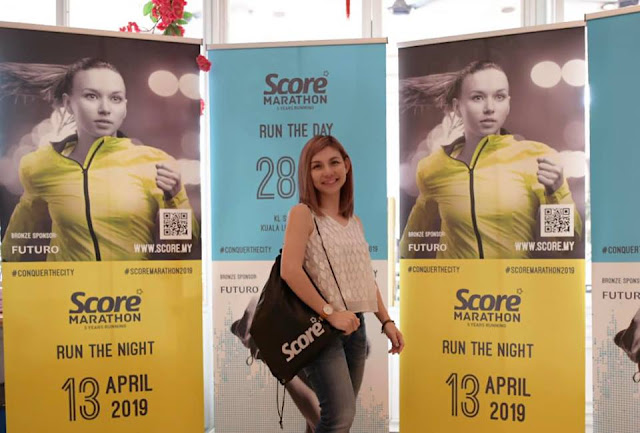 This year, SCORE returns to shake up the local running scene with their annual signature running event debuting the first ever full-length marathon. Can you believe that the event is half-a-decade old already? Inspired to cultivate a healthier lifestyle for all, this year's SCORE theme is none other than #ConquerTogether, a nod to the runners who've grown together alongside the event since its inception.

SCORE Marathon 2019 comprises of two parts, Run The Night (5km, 10km, 21km and 42km routes) and Run The Day (5km, 10km and 21km routes). The upcoming Run The Night is set to take place on 13 April 2019, whilst Run The Day will happen on 28 July 2019. Will you embrace the dark side and sprint through the cool, concrete jungle of Dataran Putrajaya? Or is running bathed in sunshine amidst KL Sports City's picturesque backdrop of old and new landmarks excites you more? Better still, conquer both and break your own limits! There will also be traditional performances, local food trucks serving Malaysian favourites and 'Fancy Traditional Dress Contest' offering cash prizes up for grabs. 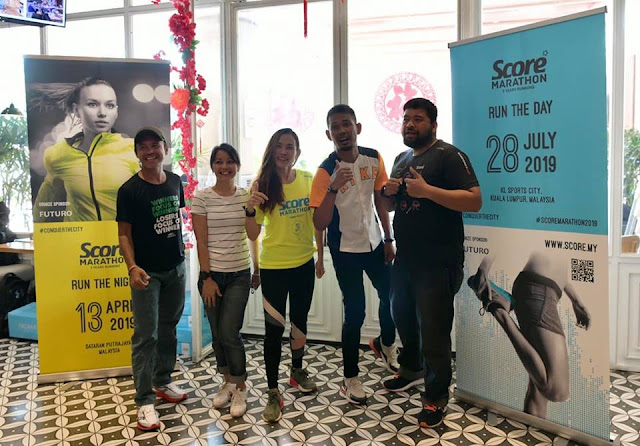 To commemorate SCORE Marathon 2019, SCORE Marathon is proud to introduce the signing of 9 renowned running athletes as the Brand Ambassadors namely :


Among the best in the running community, all of them are an epitome of strength, passion and dedication, exemplary figures to talk about the importance of health and well-being.

Meanwhile, the Bronze sponsor for SCORE Marathon 2019, FUTURO, a company with 100 years of knowledge and experience with compression technology and over 50 years of healthcare innovation to provide uncompromised quality in every product. In line with their corporate mission, they empower everyone to live an active lifestyle. The key sponsors for SCORE Marathon 2019 include PRIME (Official Apparel Sponsor), Edifier (Official Earphone sponsor), Nestle Fitnesse and Nestle Milo, African Sea Coconut, Men Biore, Nature's Way, Rhymba Hills Tea and Betadine.

As part of their CSR initiative, SCORE also invited selected primary schools within Klang Valley to join the run to motivate and inspire everyone to lead a healthier lifestyle.

For more information, please visit the official website www.score.my or visit www.heyjom.com to register for the run.
Posted by elanakhong at 9:00 AM