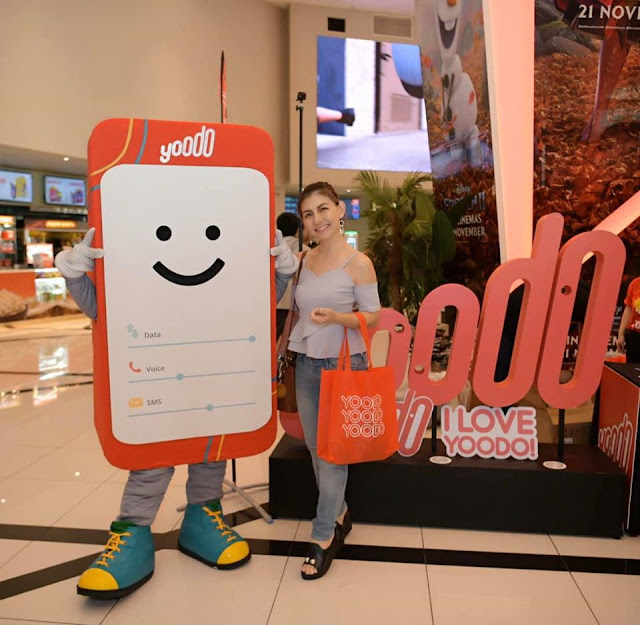 Amazing people, lots of fun, we had such a blast at Yoodo's 3rd Community Day celebration. The fun filled event was held at MBO, The Starling with lots of activities and ended with a special screening of 'Jumanji The Next Level'. If you don't know yet, is Malaysia's first truly and 100% digital mobile service provider that allows you to your own mobile plan to your needs, you'll only pay for what you need from voice minutes, SMS and data with zero hidden charges or commitments.  offers users full and flexibility, and not to mention many exciting product offerings, features and add-ons that empowers users to live their desired lifestyles in gaming, travel, entertainment and more. 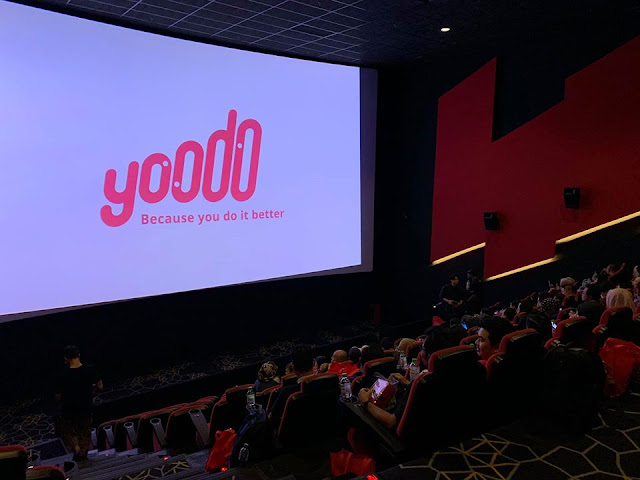 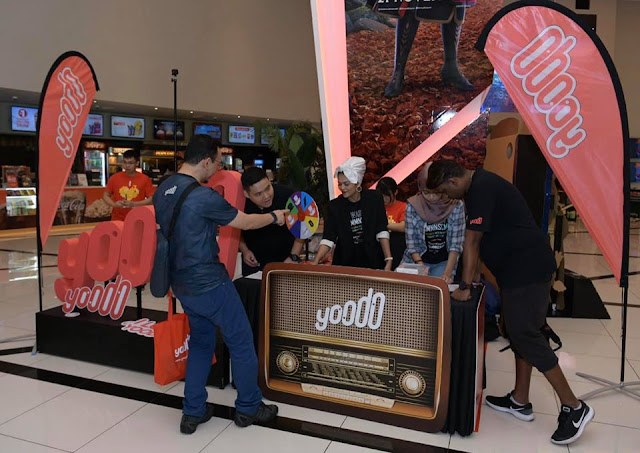 Since its official launch in 2018, has boasted a tight-knit community of users, called 'Yoodoers'. Their online community joined by over 200,000 users, garnered close to 2 million community post views where users are able to share feedback, ask questions and participate in Yoodo initiatives through the online platform. 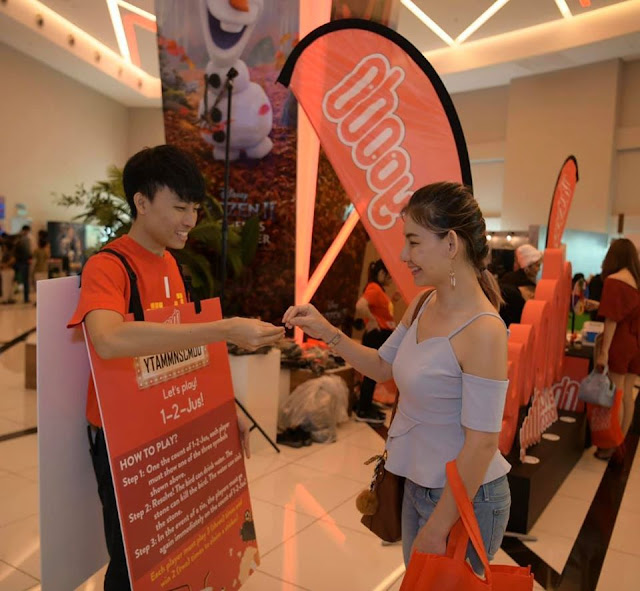 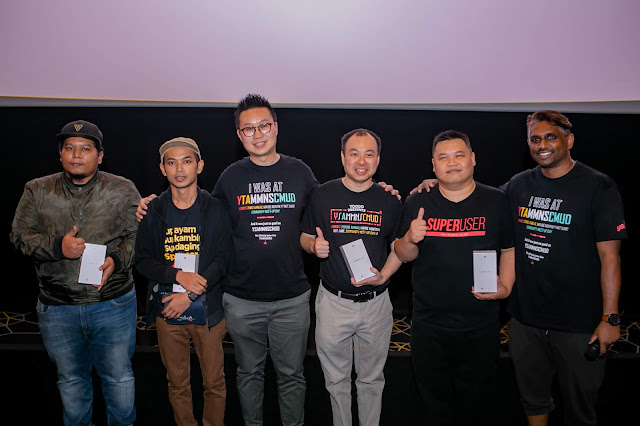 Community Day is Yoodo's way of appreciating its loyal community, as well as giving back to them with a day of celebrations and fun. To make this year's celebration extra special, Yoodo also rewarded several of its SuperUsers with a smart phone, Yoodo credit and other additional prizes for their contribution to the Yoodo community. Some of them were flown in and provided with hotel accomodation.  has been bringing together its base group of supporters regularly to thank them for their support all year long.

has  its support for the local music segment this year by bringing two of Malaysia's iconic rock bands, Bunkface and One Buck Short for a one-night only concert. X The Bee Presents Picnic created a unique experience for music lovers.

Music is one of the key lifestyle segments that  boosts and lends support to. In their aim to develop and support Malaysian talents, Yoodo is constantly on the go to enrich the local community in every aspect.

has been a familiar presence the e-sports scene and proud to be the first Official Digital Telco for the PUBG MOBILE National Championship (PMNC). It is also the first  to grant a full sponsorship to the PMNC 2018 championship, Gank Fty. The team Yoodo Gank, backed with Yoodo's full support has been taking part in PUBG MOBILE tournaments across the world and become the first Malaysian team to represent the country in the PUBG Mobile Club Open (PMCO) Fall Split 2019.

This year, Yoodo wrapped up the second edition of the PUBG MOBILE National Championship (PMNC) 2019, where Yoodo was once again the Official Digital Telco for the tournament. The champions of PMNC 2019 walked away with cash prizes as well as free Yoodo mobile plans for a year.

also announced the extension of the PUBG MOBILE Add-On, enabling gamers to play PUBG on-the-go at any time until the end of December 2019.  Continuing their presence in the scene, Yoodo stepped up their support for the local gaming scene by bringing the popular mobile game, PUBG to local university campuses. Thousands of student PUBG players will battle it out with fellow collegiate teams in universities across the nation for a shot at the cash pool prize of RM60000. The winning team also received a 1-year mobile plan from Yoodo and an exclusive direct invite to the Grand Finals of PUBG MOBILE National Championship (PMNC) 2020.

is an official sponsor for the new Malaysia Premier Futsal League (MPFL). The league features both men's and women's teams from across the country will see teams go head-to-head to clinch the inaugural season's trophy.

Roaming while you travel has never been so convenient. Simply roam with your local Yoodo plan wherever, whenever at a flat rate with Yoodo's Roam Like Home add-on that includes up to 53 selected countries. What makes Yoodo's Roam Like Home special is that you are able to use YOUR very own  plan when you travel, whatever your special plan may be. You will only need to pay a flat rate ranging between RM10 to RM20 depending on where you travel to use this awesome add-on.

Roam Like Home add-on also allows you to top up your roaming plan if you happen to run out of your existing roaming plan with no hidden charges. Best of all, Roam Like Home currently has a special 50% discount on rates so you can save more while you travel.

Having just launched its own embedded SIM () service, Yoodo has once again pushed the boundaries of innovation. They are proud to be Malaysia's first 100% digital mobile service provider bringing increased efficiency, convenience and flexibility to users. With the  functionality, users can complete the entire sign-up process for Yoodo fully via the Yoodo app from the comfort of their own home.

Users do not have to physically collect a SIM or wait for SIM delivery! Instead, the SIM is instantly encoded into the user's mobile device, allowing them to immediately subscribe and activate their Yoodo account. The  service is currently available to all new Yoodo users and is compatible with the mobile devices such as iPhone XS, iPhone and iPhone XR with more models to be supported soon. 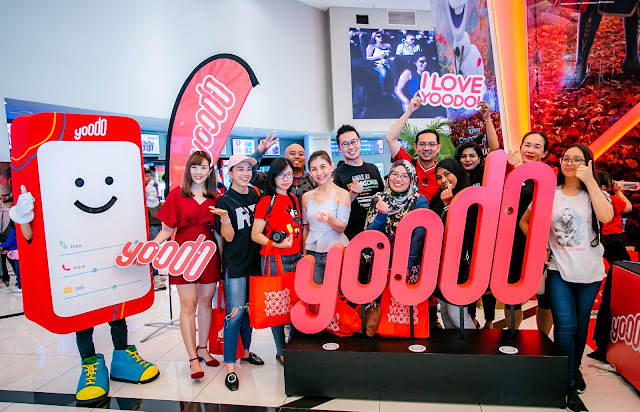 Subscribing to a has never been this rewarding! #ILoveYoodo