US Potatoes Power Up the Fit and Athletic 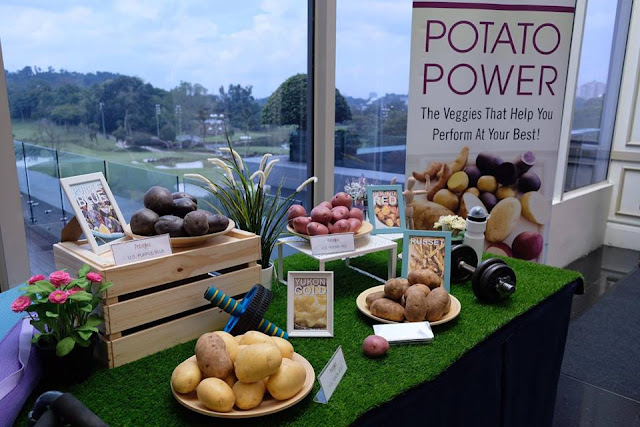 Psst... Wanna know a secret?  I have a serious weakness for potato. Whether baked, mashed or sliced, I'll be happily eating them. Wait, isn't potatoes fattening? Well, not in the case of potatoes! Packed with essential potassium, calcium and magnesium, potatoes are a great source of carbohydrates for a healthy and balanced diet. They help to strengthen the immune system, reduce signs of aging, reduce blood pressure, in fact, potatoes are a primary macronutrient for sustaining and improving athletic performance. 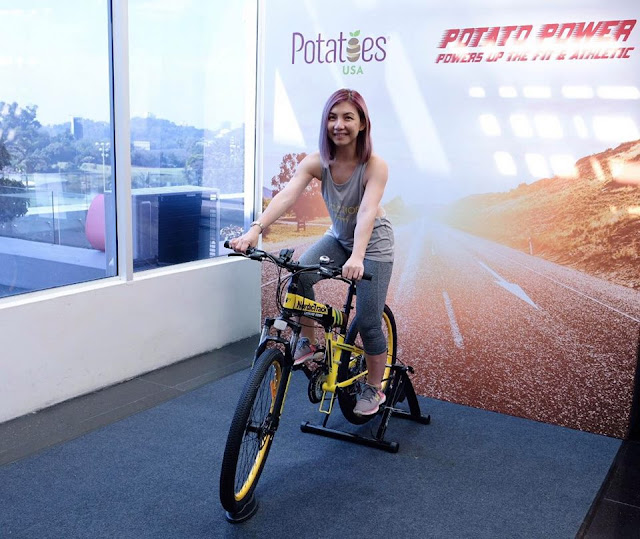 Hence, don't be afraid to "Power Up with US Potatoes"! Did you know a balanced diet which is high in natural quality carbohydrate-rich foods such as nutrient-dense potatoes may be optimal to improve physical performance among elite endurance athletes? Potatoes provide more potassium than a medium-size banana and aid in muscle, cardiovascular and nervous system function during long endurance events.

Globally, potatoes are gaining buzz as a performance food. During 2018, Winter Olympics in South Korea, the newly released Olympian Menu acknowledged good nutrition is now a critical part of the athlete's strategy to win. It was reported that the PyeongChang 2018 athlete's village kitchen has 180 chefs serving 7,000 meals a day at its peak with potatoes being the main staple. While on the international sports scene, especially in the US, potatoes have been used as a high-energy good carb for athletes to fuel up for their competitive endurance events. 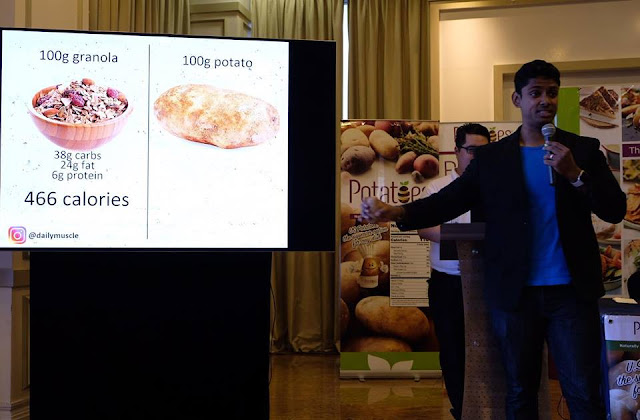 During the 'Power Up with US Potatoes' event held at Sime Darby, popular sports/fitness coach Noel Chelliah from DailyMuscle and triathlon gold medalist Kimbeley Yap shared with the members of media and social media influencers on the characteristics and nutrients essential for improved athletic performance. They expounded how potatoes are good for daily nutritional meals, weight management and sports. In order to eat right, one needs to calculate daily food intake and the right amount of carbohydrates, protein and fat, which makes the potatoes fit the bill as a well-balanced nutritious food. 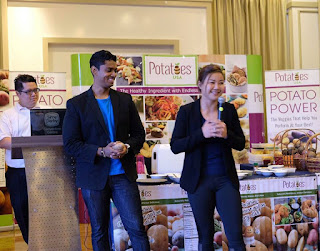 Kimbeley Yap, a fitness trainer and two time SEA Games triathlon gold medallist also shared on how US Potatoes can power start the body for intense competitive sports, such as provide nutrients or energy requirements for triathlons and 'power' carbs for impact competitive sports performance. 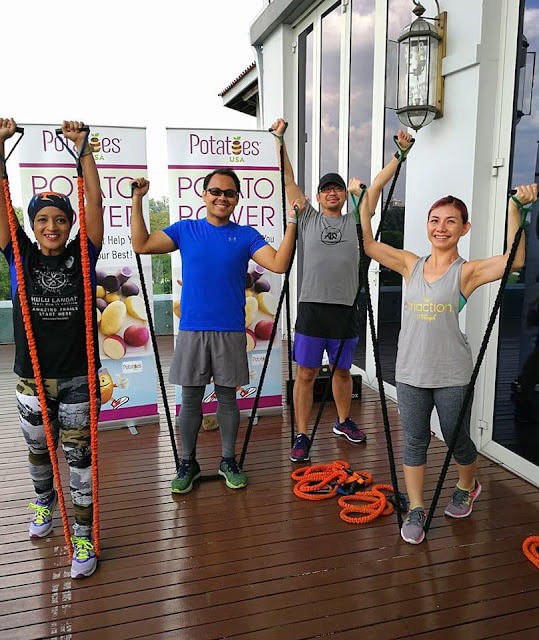 After the sharing session, we were honoured to have a fun but intense quick workout session with DailyMuscle. 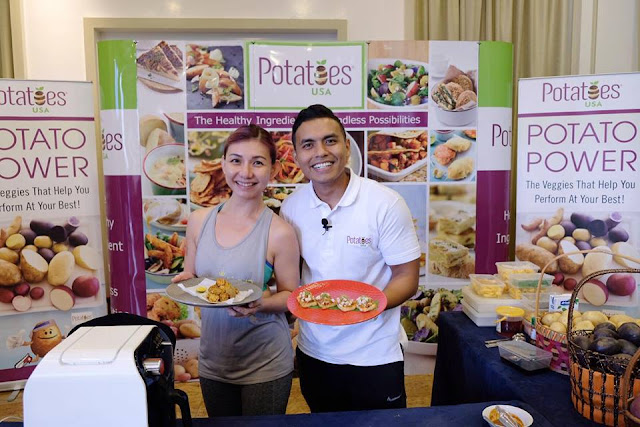 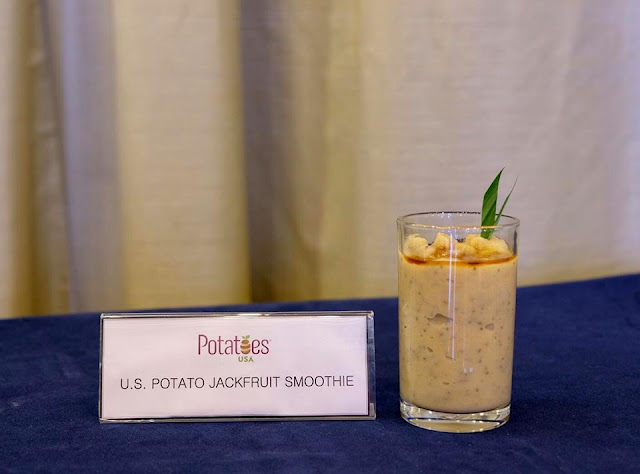 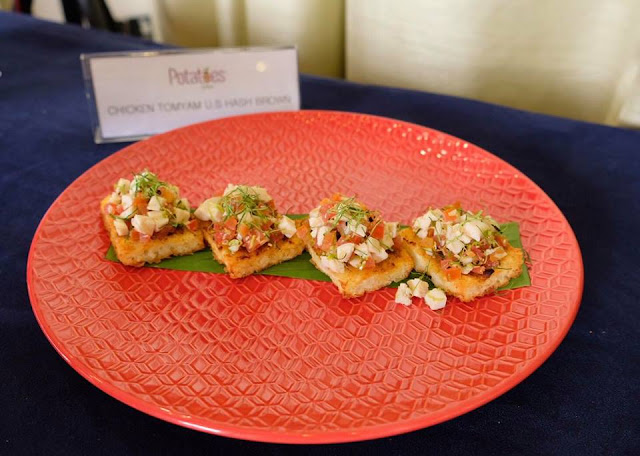 Method of preparation
1. Poach the chicken ( Cut, dice & put the chicken into simmering water seasoned with some salt and ginger until cooked)
2. Air-fry the U.S hash brown at 100C for 15 minutes till golden brown.
3. Spread the tom yam paste on the hash brown.
4. Mix in a bowl the chicken, tomatoes, kaffir lime leaves, coriander, lemongrass, salt & pepper.
5. Season well.
6. Place the chicken on top hash brown.
7. Garnish with coriander 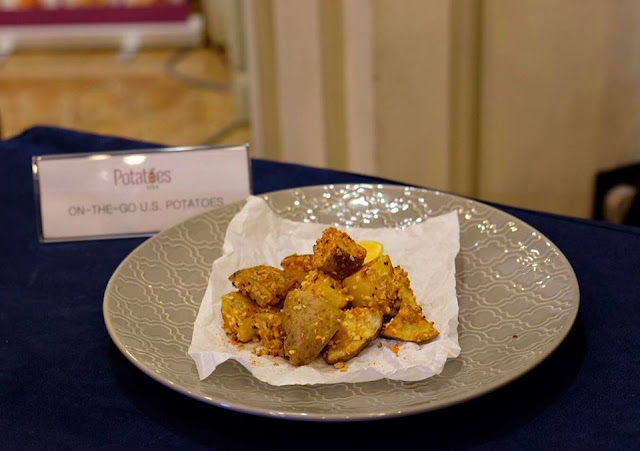 Method of preparation
1. Put the potato in a bowl and toss with olive oil
2. In a separate bowl, combine paprika, curry powder, lemon zest and ground almond and garlic.
3. Mix all the ingredient well and coat the potato with the ingredient.
4. Cook in air-fry 120c for 20-30 minutes (in small batches)
5. Garnish with lime wedge Do try out these healthy and tasty US potatoes recipes and make every gym sessions count! You know, getting the right nutrition can make a whole lot of difference. Get stronger, healthier and power up yourself with potato power.
Posted by elanakhong at 5:34 AM