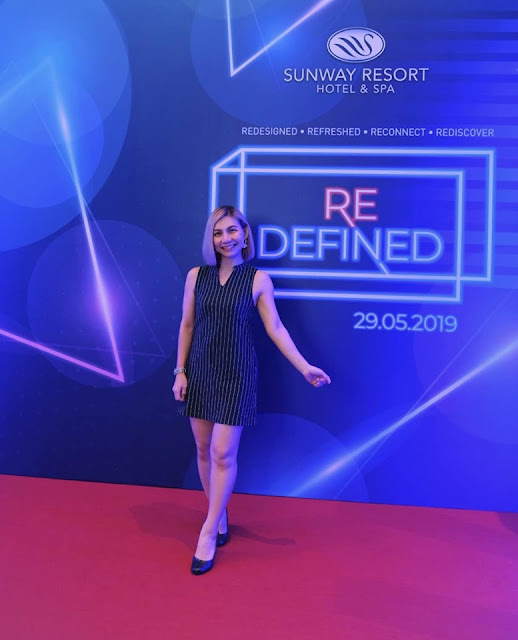 After four-month closure, Sunway Resort Hotel & Spa showcases its redesigned and refreshed spaces featuring different event set-ups and customisable needs with endless possibilities at an exclusive event themed 'Re.Defined' attended by corporate guests and members of the media. The major refurbishment work cost a whopping RM54 million include enhanced facilities and technology upgrades to it's Grand Ballroom, meeting and function rooms spread across three levels as well as the pre-function areas, reopened in November 2018. 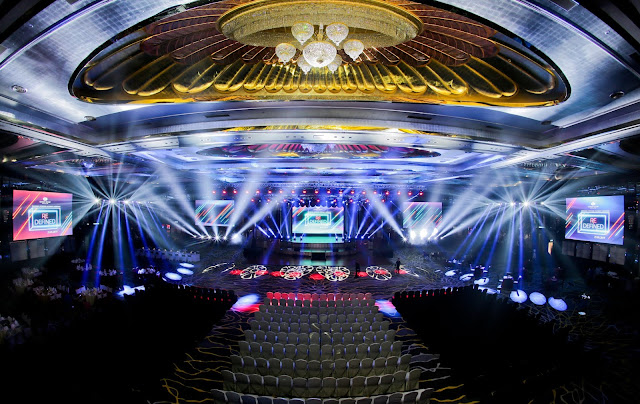 Redefined for an unparalleled experience, the highlight during the launch of the new Grand Ballroom at the Re.Defined showcase event was the surround sound and visual experience using the built-in high definition LED screen backdrop, alongside four additional LED screens located on the front and side walls off the ballroom that shows panorama format for an immersive effect. Laser light show with the high-powered sound system was also showcased, demonstrating its ability as a venue for events of all kinds and not just a function hall. 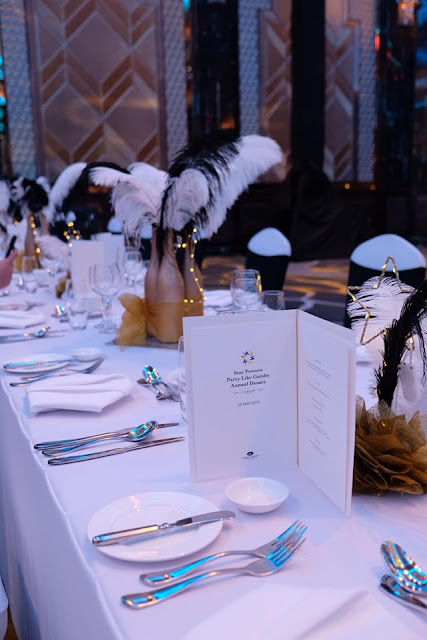 The Grand Ballroom also featured a different section of set-up which includes dining tables dressed in multiple themes such as Oriental, Bollywood, Muhibbah and Gatsby, suit for cocktail events and meetings or conferences, providing a sensory visual experience. 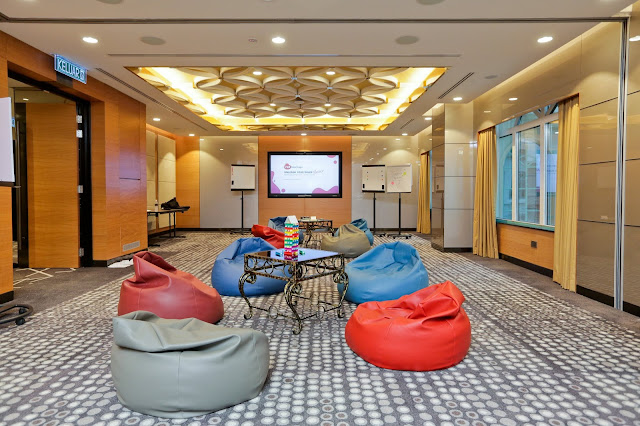 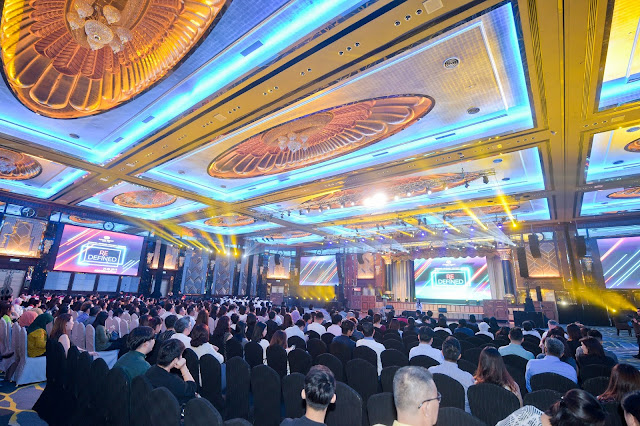 The 2,266 square feet Grand Ballroom overlooking the lagoon and Sunway City with a luxurious palette of colours soaring through in hues of gold, bronze, platinum and a tinge of royal blue, with contemporary textures and bold geometrical patterns used dramatically on the wall, carpeting and ceiling. Grand crystal dome lights with smart lighting system run through the ballroom, including the vast ballroom foyer in addition to the natural light that shines through the floor-to-ceiling windows giving it a completely different scene during the day and night.

Not to mention, the pillar-less Grand Ballroom also features a dramatic 30-ft high ceiling and a grand built-in elevated stage equipped with high definition LED screen backdrop, alongside four additional LED screens located on the front and side walls of the ballroom for guests to enjoy an unobstructed view from every angle. Ideal for the most prestigious banquets as well as intimate functions, the Ballroom can seat 2,000 guests in a banquet setting, 2,700 guests in a theatre setting and 1,400 guests in a classroom setting. It also has divisible partitioning features that can split the ballroom into three separate rooms to cater for smaller event needs.

Perfect for business events, intimate functions and social gatherings, the thirty-two versatile column-free meeting and function rooms measuring 30 to 344 square metres spread across three levels of the hotel has also been transformed with new carpeting, wall coverings, lightings and furniture including its pre-function spaces and common coffee break areas. The use of wood and fabric, including wall coverings made from Jute, an environmentally friendly natural product, exudes an inviting air of warmth and cosiness. 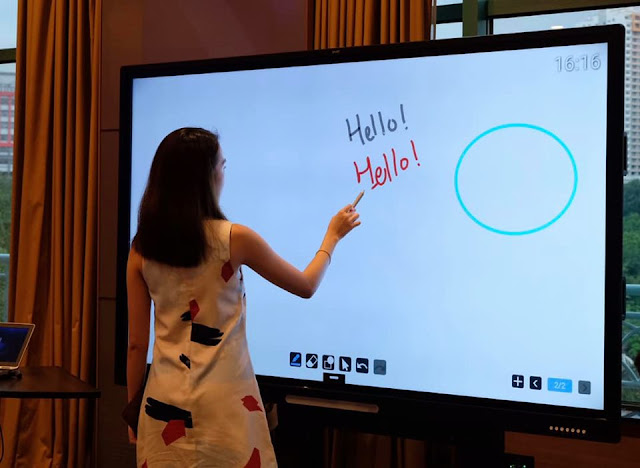 Modern gadget and high-end technology have been fitted in to give small meetings, brainstorms and off-site discussions or presentations an extra edge. These include built-in LED projection screens or an 86" interactive touchscreen TV with screen sharing and built in whiteboard function which supports multiple devices, as well as the functionality to save the whiteboard content into a USB memory device.

On level 15, Arena features five function rooms with Arena 4 as the most sought after choice for brainstorming and workshops due to its panoramic windows that overlook the Sunway City's skyline, inspiring creativity and sparks ideas. For more private and intimate events, the individual Arena function rooms can host from 22 to 132 persons in a theatre and/or private dinner setting. 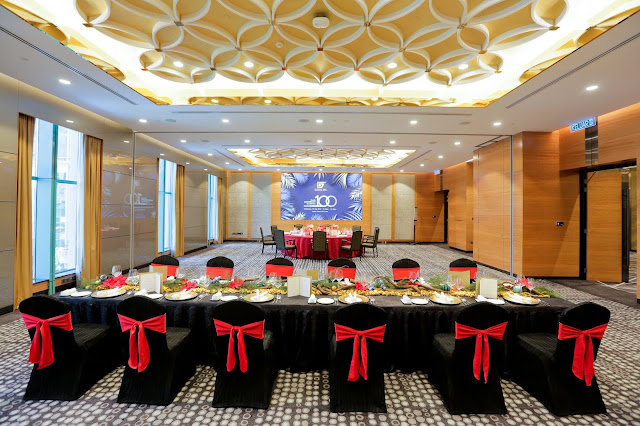 From weddings, conferences, cocktails and charity events to meetings, birthday parties and social gatherings, organisers can rest assured that every aspect and element is given due importance in accordance with preferences and expectations. To further enhance the refreshed function rooms, event planners can also look forward to a wider range of new banquet menu options for meetings as well as dinner events. The food & beverage professionals and a brigade of chefs led by Executive Chef Peter Lee are able to customise a menu based on guests taste, preferences and dietary requirements. From local to international flavours, and buffet to serving menus, the new menus will complement the brand new spaces for a truly memorable event. 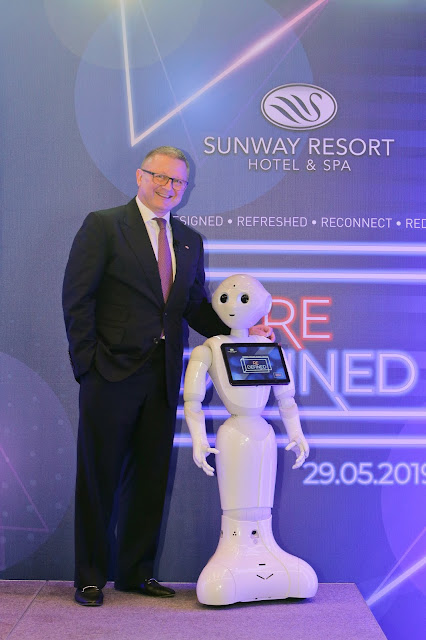 For enquiries or to find out more information, please contact the sales team at srhs.eventsales@sunwayhotels.com or call 03-7492 8000

Posted by elanakhong at 8:01 AM