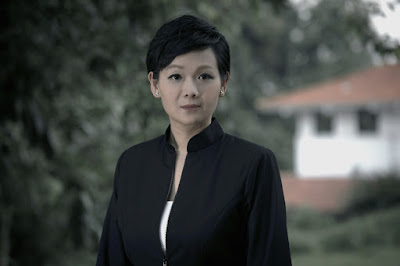 Fans of the paranormal will definitely be thrilled as the daredevil and dynamic host Li Kim is back with more thrilling investigations of the paranormal world. The highly anticipated Season Three (3) of The Paranormal Zone premieres on 15th June, Monday at 10.50pm on Syfy HD, HyppTV Channel 611 and the HyppTV Everywhere mobile app will see Li Kim venture into Malaysia and South East Asia, bringing audiences extraordinary experiences from investigating the ancient art of mysticism in Indonesia and venturing into the enigmatic culture and beliefs of the modern Singapore.

After two (2) seasons of thrilling adventures and uncanny meetings with more than the third kind, Season 3 of The Paranormal Zone is back with more exciting investigations from Asia, allowing audiences to take a closer look at the emotional stories behind hauntings, possessions and exorcism. In this season, Li Kim also traverses into the kingdoms of cryptozoology and outer space as well as possessions and exorcisms in Malaysia.
Hosted by the intrepid Phng Li Kim, the reality-based documentary will be investigating classified, strange and unexplained phenomenon with the end goal in mind to inform the audience on both the mystical and scientific, or academic perspective on topics such as haunting, regression, ghosts and spirits, trances and local myths; as Li Kim speaks to researchers, practitioners, enthusiasts, believers, witnesses and skeptics to take a deeper look into their extraordinary encounters.

In the third season, audiences will follow Li Kim as she visits haunted houses and abandoned villages in Sabah, speaking to witnesses, researchers, scientists and spiritualists on the investigation of UFOs in Malaysia; following on the evidence of Bigfoot in Malaysia and as she travels to Indonesia to learn about Black Magic and spirits, and Singapore to learn about the truth about the Death House in Sago Lane.

Season three of The Paranormal Zone is a co-production between Malaysia’s Kechara Media and Publications and NBC Universal International Networks’ Syfy. The series will also be aired first and exclusively across the Asia region on Syfy.

Now, are you ready to get goose bumps?
Posted by elanakhong at 10:38 PM