Finally, it's here..... Samsung Galaxy Note5! Back in 2011, when the first Galaxy Note was unveiled at IFA it has taken the mobile nation by storm. Since then, Samsung has made improvements to create the most advance Note in its series today. 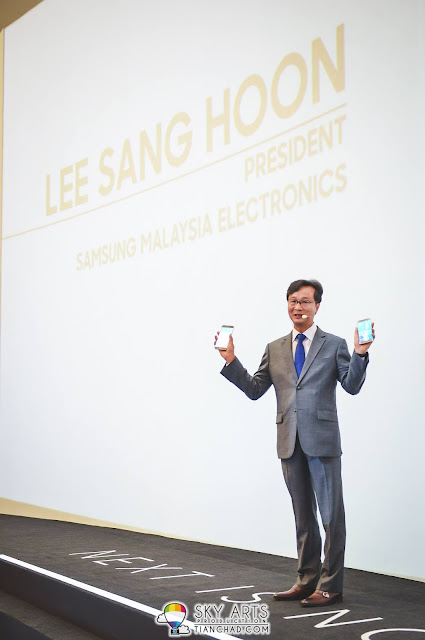 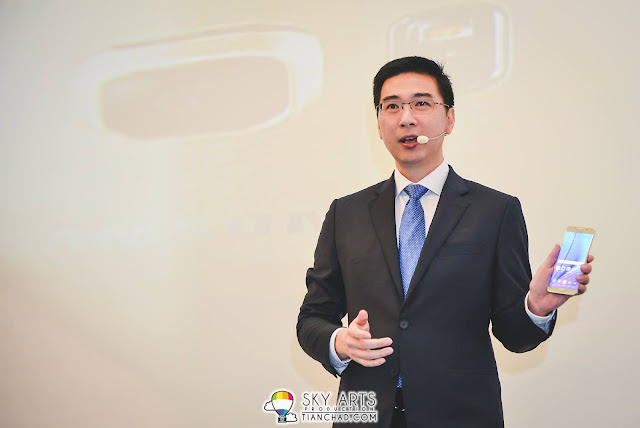 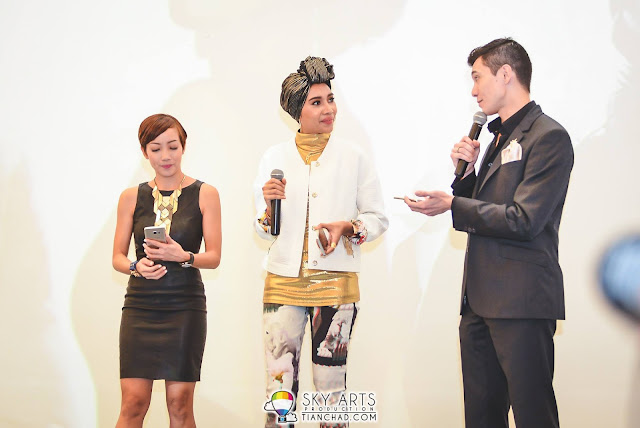 In 2011, the original Note started a mobile revolution and a new standard in the smartphone culture. The following year, Samsung worked with Yuna to create and compose her first ever music video, Sparkle, which was shot and animated entirely on the Galaxy Note II. 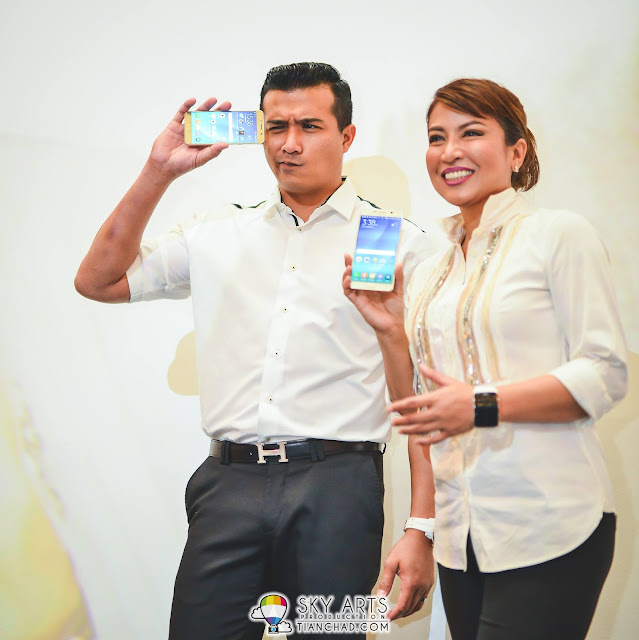 Aaron Aziz(actor, director & singer) continues to build the Note story with his involvement in 2013, where he inspired Malaysian fans to widen their horizons and follow their dreams through his notes. 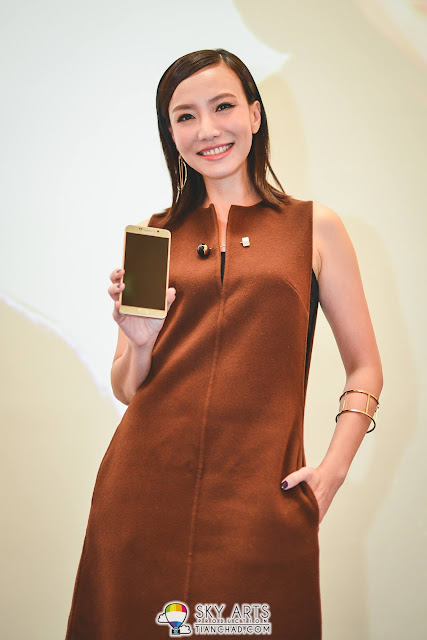 In 2014 creativity was then seen at its finest when Puan Sri Tiara Jacquelina(Award winning producer, actress and passionate arts advocate), Lynn Lim(TV Host, emcee & writer) as well as Jinnyboy & Reuben(Youtube sensation combo) took the S Pen functionality of the Note4 took to greater levels of productivity and shared with us their personal 'live' arts. 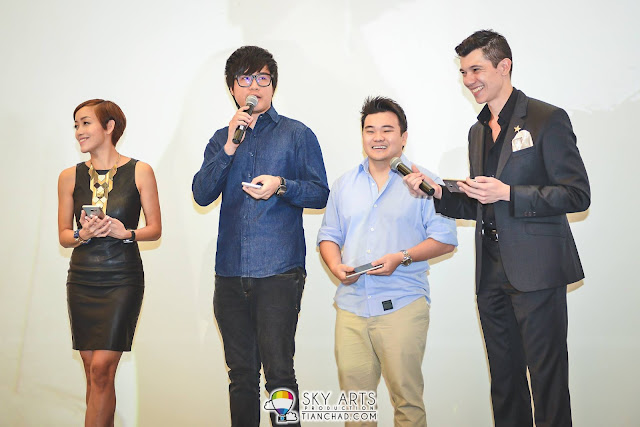 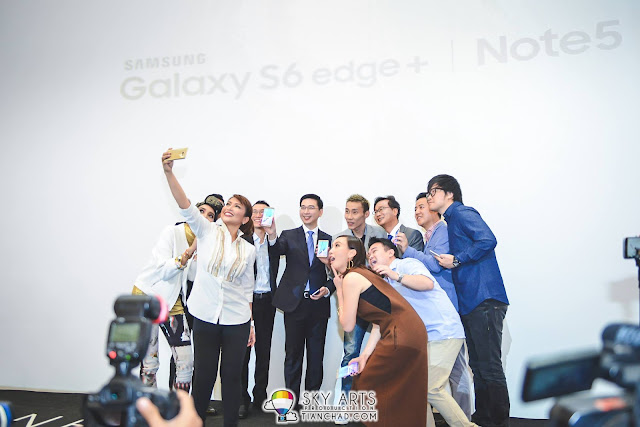 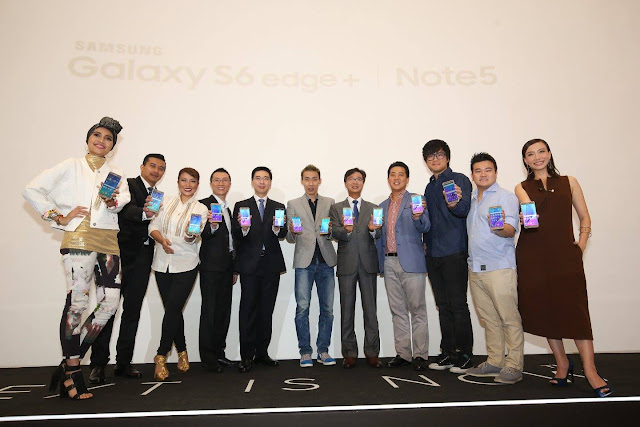 Samsung will be embarking on a series of activities with the five personalities in the upcoming months. 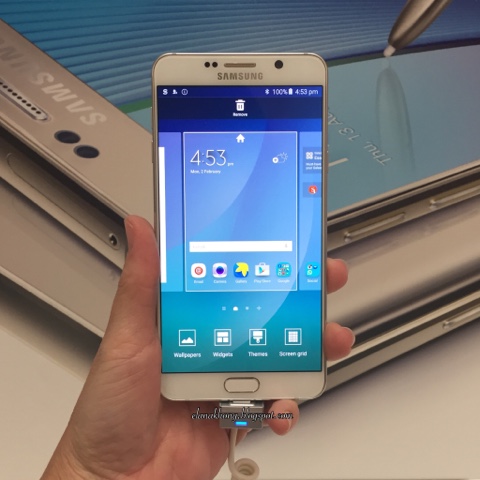 Samsung Galaxy Note5 is now more stunning, powerful and personal than ever with the 5.7 inch Quad HD Super AMOLED display. I am so impressed of its ergonomically fits in one hand, a narrower bezel and curved back. Using the phone with one hand is possible now even for a lady. 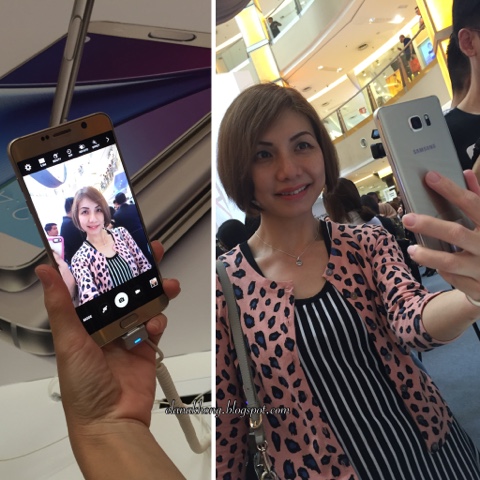 'selfie' is more fun with the 5 MP front camera that comes with built in beauty mode filter and 16 MP rear camera for crisp and clear photo even in low light condition. 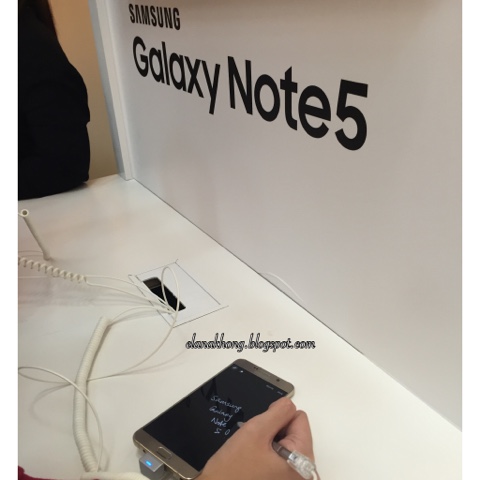 S Pen is more solid and offers a unique clicking mechanism of popping the S Pen out with just one quick click. Users can now quickly jot down ideas or information when the screen is off without even unlocking the phone. How convenient!

With the best screen technology, the most advanced camera for high quality photos and videos, the latest fast wireless and wired charging and an incredibly powerful processor, the Galaxy Note5 offer the most powerful capacity and processing power in the market with the increased of 4GB RAM. 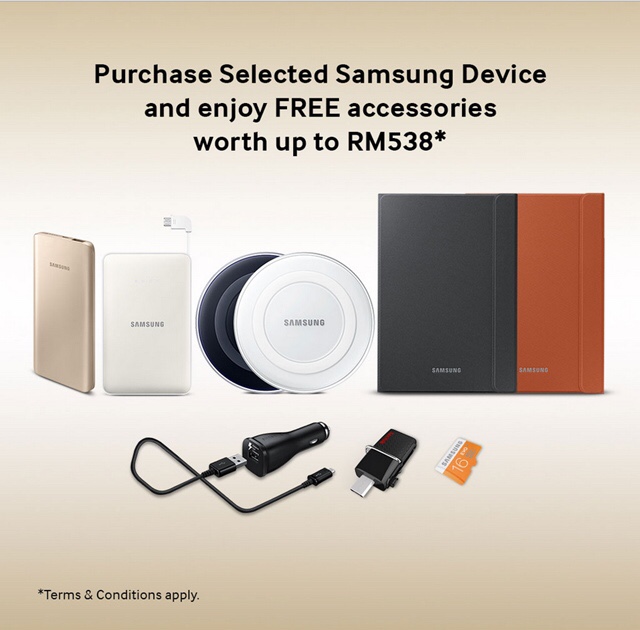 Purchase Samsung Galaxy Note5 at the roadshows and get *FREE accessories (11,300mAh Battery Pack and Wireless Charger) worth up to RM538.00!
*while stock lasts. 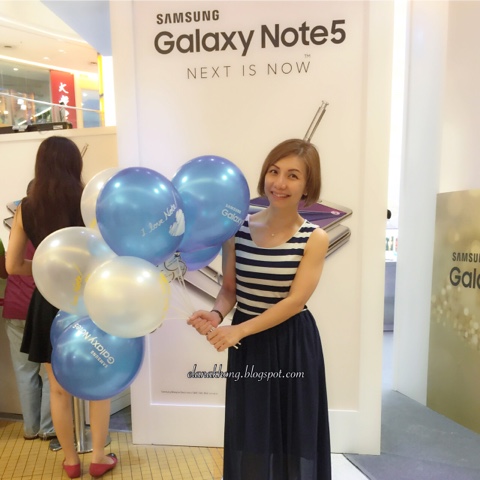 Head over to Samsung Galaxy Note5 roadshow now at the following locations : 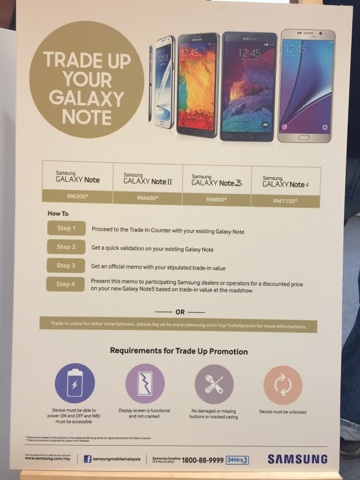 You could trade-in your current Note at the roadshows :

* Pic credit Tian Chad
Posted by elanakhong at 1:30 AM