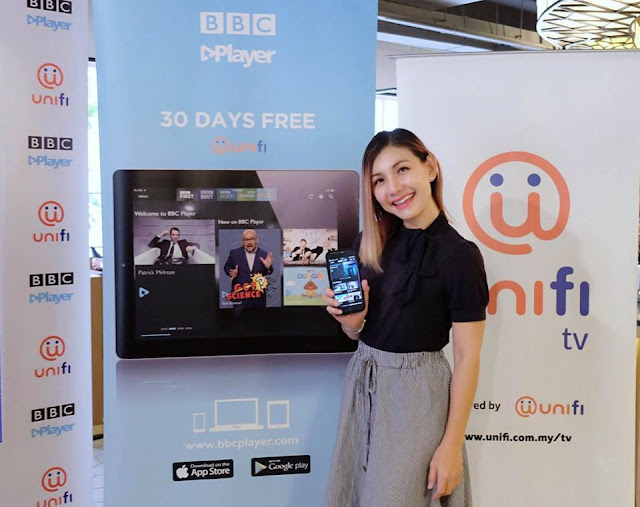 Hey, if you're a unifi and pre-unifi (Streamyx) subscribers who're into British entertainment, you're in for a treat! BBC Studios and unifi TV have collaborated to bring you the best of British documentaries, dramas, comedies, lifestyle and preschool programme with the expansion of the BBC Player service. Previously available only to subscribers of unifi TV’s Ultimate pack, BBC Player will now be available to more than two million unifi subscribers for FREE for 30 days via streaming and downloading of the content to their devices. Some of the most-watched programmes by unifi's Ultimate Pack subscribers include dramas such as Victoria, lifestyle programmes like the award-winning The Great British Bake-Off, our blue-chip natural history programmes like Blue Planet II, and the ever popular irreverent Top Gear. 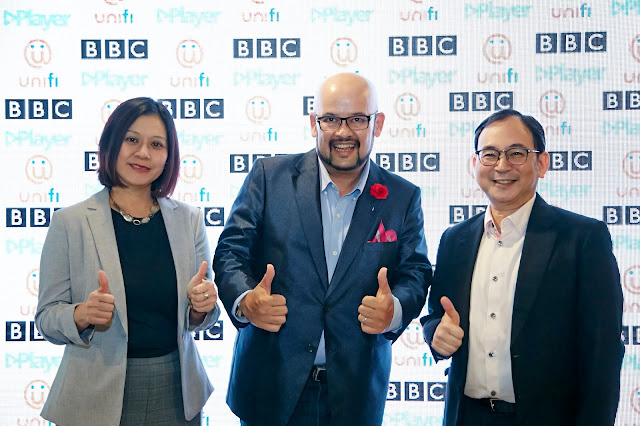 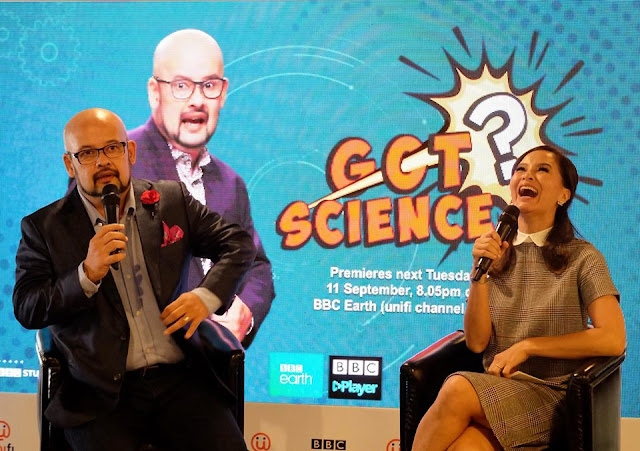 On top of that, BBC Studios also launched “Got Science?”, an entertaining science magazine show hosted by Malaysian funnyman, Harith Iskander, the godfather of Stand-Up Comedy in Malaysia and winner of Laugh Factory’s ‘Funniest Person in the World 2016’. Watch Harith Iskander explores and explains the science in everyday life using reason, logic, and rationale, and science, in this fast-paced and informative eight-episode series with his inimitable light, almost tongue-in-cheek manner through his running commentary and funny one-liners. Popular myths like durians and alcohol will kill you, and MSG is bad for you are just some topics covered in the new series. Some of the themes explored in this BBC Earth original commision includes food, health and fitness, sport, anatomy and technology. 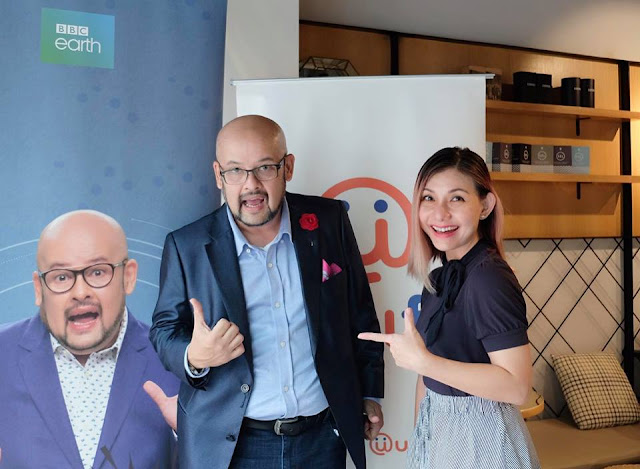 Wootz... can't wait to watch it! Got Science? is set to premiere on BBC Earth on Tuesday, 11 September 2018 at 8.05pm, and will be available on BBC Player at the same time. In Malaysia, the BBC Earth channel is available on unifi TV (channel 501). Besides Malaysia, it is also in Hong Kong, Indonesia, Laos, Mongolia, Myanmar, Philippines, Singapore, South Korea, Taiwan, Thailand and Vietnam.

Other award-winning and premium shows that are available on BBC Player include:

Patrick Melrose – The Emmy-award nominated drama, based on the semi-autobiographical novel series from Edward St. Aubyn, Patrick Melrose (played by Benedict Cumberbatch) is the study of a wealthy, damaged man. The five-part drama follows him from his dreadful childhood, and his adult struggles with substance abuse and later quest for recovery.

MasterChef UK (series 14) – The world’s most successful food format, MasterChef sets out to find the UK’s best amateur cook. A cook whose talent and passion could transform their life. Only one will be crowned the nation’s MasterChef. Series 14 brought to the world stage Malaysian Zaleha Olpin, whose chicken rendang was deemed “not crispy”.

Blue Planet II – seven-part award-winning landmark series from the multi-award winning BBC Studios Natural History Unit, was the UK’s most-viewed television show of 2017 and continues to make waves. Narrated by Sir David Attenborough, the series involved 1406 days filming including four years underwater, was filmed in depths as far as 8km deep, and spawned 15 new scientific papers on new behaviour captured, and had a confirmed over 25 filming firsts across the series.

The Graham Norton Show – in which British Academy of Film and Television Arts (BAFTA) award-winning comedian Graham Norton hosts his long-running, eponymous talk show on which he discusses the people, trends and news stories that interest him the most. Hollywood A-listers like Tom Cruise, Rihana and Will Smith regularly show up to partake in the fun and games.

BBC Player available in the Apple and Google Play app stores, and online at www.bbcplayer.com To activate the 30day free trial, unifi subscribers are only required to sign in to the BBC Player app or website while on their unifi home broadband network. The subscription will be priced at RM10 a month after the 30day free trial which will be reflected in the customer's monthly bills.
Posted by elanakhong at 9:01 AM