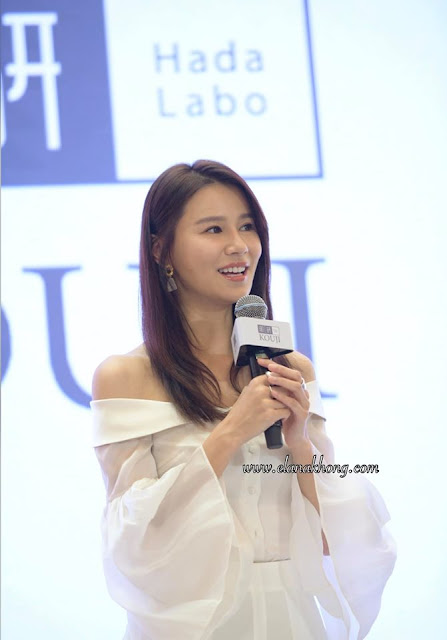 Hi babes! Did you know your skin start aging as early as age 25? Although skin still looks supple and healthy from the surface, the skin barrier function and defense power against oxidative stress decline, causing the skin to lose its ability to protect itself against environmental aggressors. Hada Labo has recently unveiled  its all new Hada Labo Kouji range at a media launch event held at Sunway Pyramid with a special appearance by Hong Kong TVB actress Priscilla Wong. Specially formulated to prevent premature aging due to loss of hydration, the Hada Labo Kouji not only deeply moisturizes and nourishes skin, it also boosts skin's smoothness and firmness, leaving skin significantly soft and smooth.


The fascinating story behind Hada Labo Kouji began with the traditional brewing of Japanese sake. Despite being of old age, the sake brewers' hands remain smooth and youthful, thus began the cultivation of the secret ingredient called ''. Derived from Japanese fermented white rice, the precious '' is packed  vitamins, amino acids, minerals and natural properties to keep skin soft, supple and crystal clear. High molecule rice protein, a natural moisturizing ingredient penetrates directly onto the outer most layer of skin to lock in moisture and keep skin hydrated. 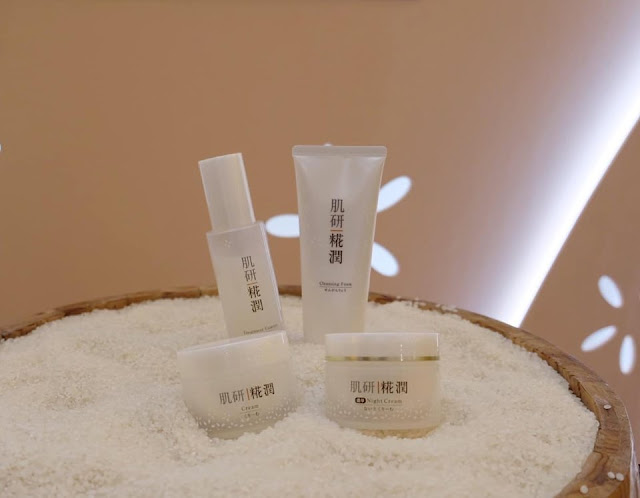 The complete set of the Hada Labo Kouji range consists of the Kouji Treatment Cleansing Foam, the Kouji Treatment Cream, Kouji Treament Night Cream and the star product which is the Kouji Treatment Essence. This ultra hydrating essence is to be used twice daily after cleansing and before the cream to ensure skin stays throughout the day. An application of the essence before going to bed will promote skin cell regeneration for a more hydrated and glowing skin the next morning.

The Hada Labo Kouji range is suitable for all skin types and is free of fragrances, colorants and mineral oils. This new 'Kouji' range is now available at all pharmacies nationwide.

Posted by elanakhong at 7:13 PM

Email ThisBlogThis!Share to TwitterShare to FacebookShare to Pinterest
Labels: beauty