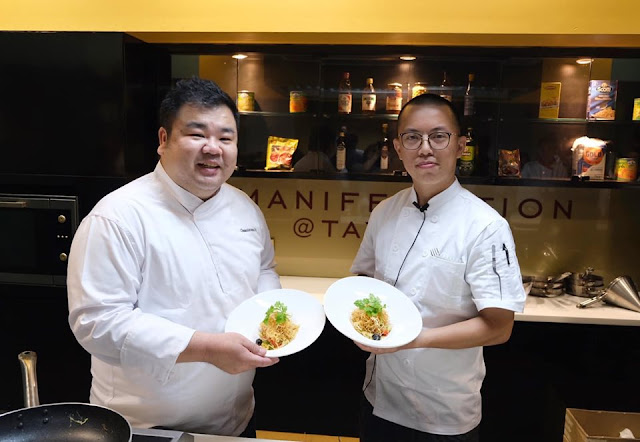 The culinary culture in Macao is so rich and unique that Macao was recently declared as a UNESCO Creative City of Gastronomy. The special administrative region has embarked on a global plan to raise awareness of Macao's 400 years culinary heritage. A unique blend of Portugese and Chinese cooking, Macanese cuisine is widely regarded as the first 'fusion' food in the world, having originated in the mid-16th century. Having said that, the Macao Government Tourism Office (MGTO) in collaboration with Champignons, a restaurant in Malaysia and Seek Your Choice, a restaurant in Macao are proud to present 'Taste of Macao' that is set to immerse diners in the vibrant  of Macanese cuisine that's sure to delight your taste buds. 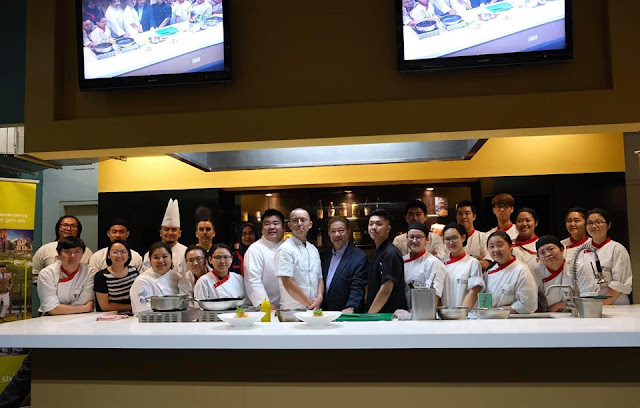 The gastronomic affair will see the culinary talents of Champignons's Chef Gary Chang and Seek Your Choice's Chef Laurence Tai works hand in hand to create a contemporary Macanese menu that will be available throughout July. In addition, Chef Laurence Tai also makes a special appearance to share his knowledge in a cooking workshop at Taylor's University School of Culinary Arts & Food Studies to prepare an iconic Portuguese dish, Bacalhau a Bras. 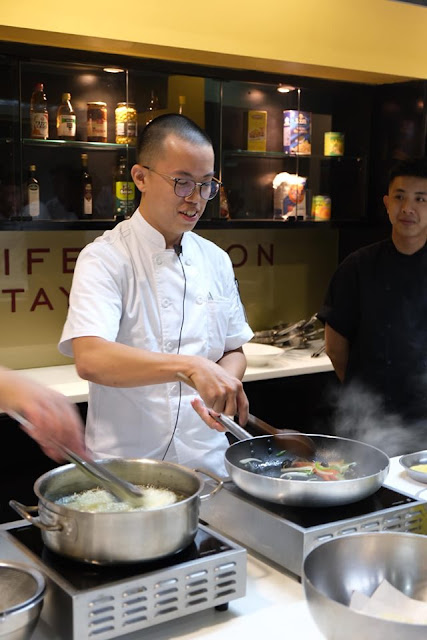 Chef Laurence Tai is the owner of Macau's Seek Your Choice, a bistro-styled restaurant that has become one of the city's culinary hot spots. He  has cut his teeth at the three-Michelin-starred Robuchon Au Dome before honing his skills with the Mandarin Oriental Hotel Group. Setting out on his own in 2012, Chef Laurence opened Seek Your Choice with the aim of creating local delicacies prepared with Western techniques and presentations. His ability to balance these two worlds and create unique  in his menu him accolades and invitations to work with top chefs. 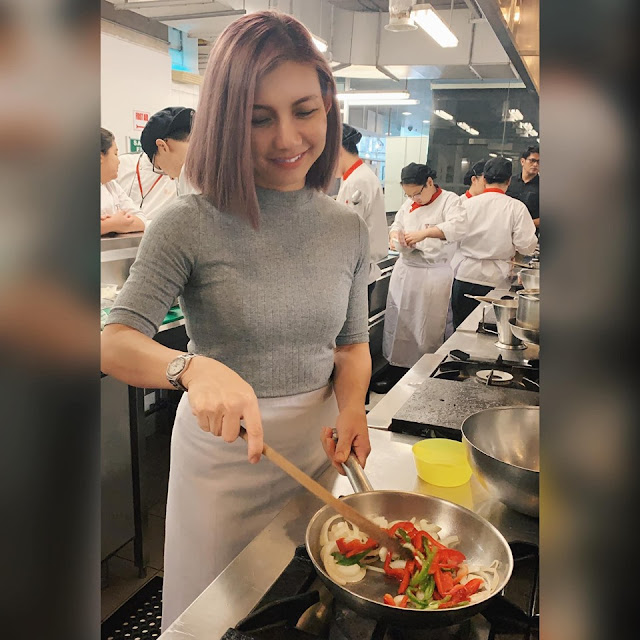 Yours truly had the golden opportunity to partake in the cooking workshop held at Taylor's University School of Culinary Arts & Food Studies with Chef Laurence Tai. The cooking workshop highlight a cornerstone of Portuguese cuisine, Bacalhau à Brás a classic dish made with shreds of salted cod, onions, fried potatoes and egg. This dish has a long history and is perhaps one of the more famous cod recipes in the world. 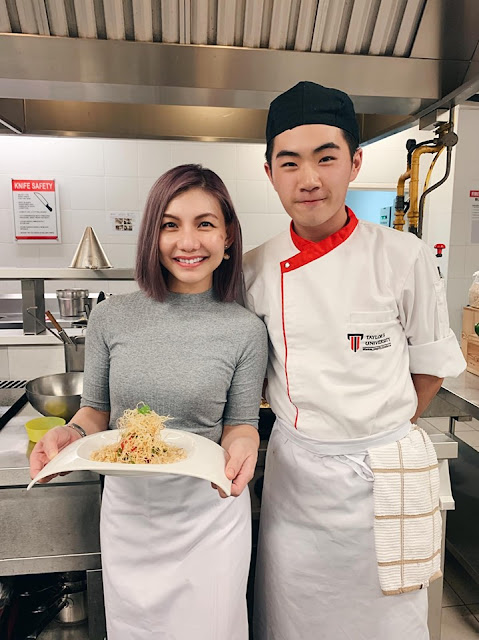 Randomly teamed up with one of the students for the cooking competition, meet my partner in crime, Dennis. 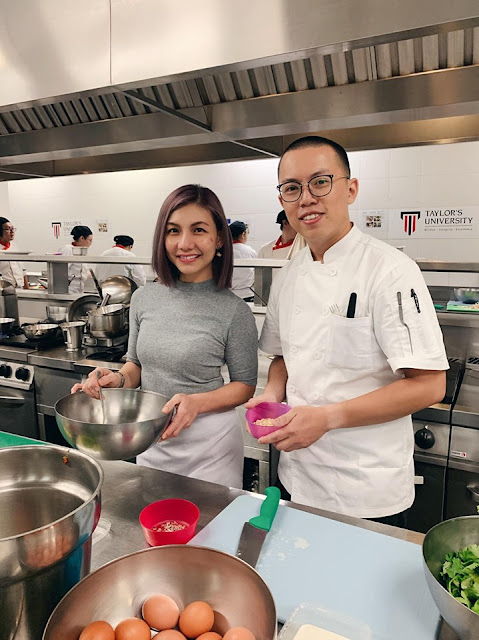 Thanks Chef Laurence Tai for the guidance. 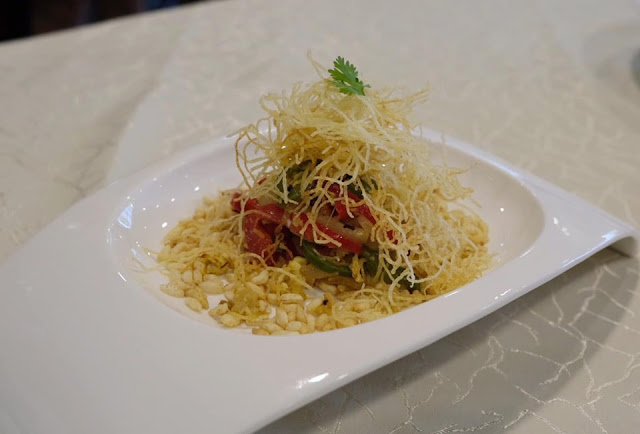 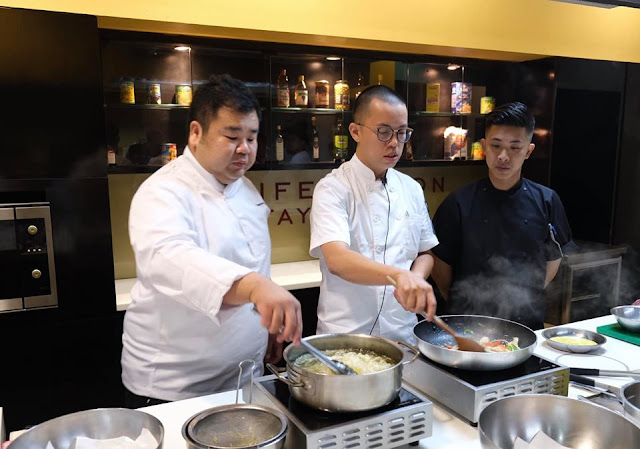 The next stop on Chef Laurence's itinerary is award-winning restaurant Champignons, where he will team up with Chef Gary Chang to create a bespoke menu featuring dishes with traditional Macanese at the heart. 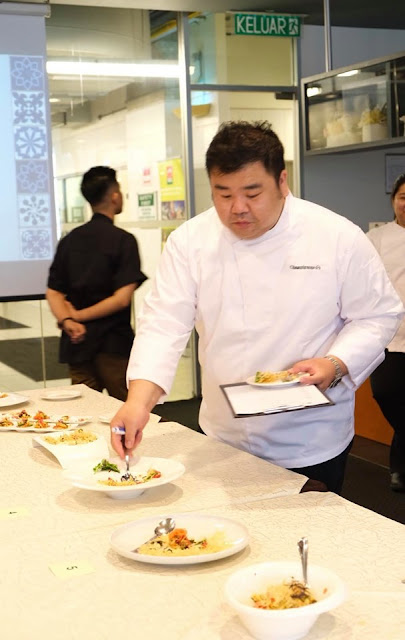 Chef Gary's own interest in the cuisine stems from his stint at the Mandarin Oriental Macao, where he worked his way up to Executive Sous Chef. Having previously held positions at top restaurants around Europe and Dubai, he returned home to Malaysia to open Champignons, serving up modern European cuisine with a rustic touch.

From 12 July to 14 July, the two chefs will present a range of dishes including Baked Seafood Crab Shell, Bacalhau Soup with Poached Oyster, Portuguese Baked , African Chicken and Serradura with Vanilla Ice Cream. The specially crafted three-course or four-course set lunch menus and five-course set dinner menus are priced starting from RM65. Diners who choose the Taste of Macao menu will also be in the running to win the grand prize of two night stay at a 5-star hotel in Macao, inclusive of a Macao Open Top Bus tour, meal vouchers and gift pack. Winners will be announced at the end of the promotion period.

The Taste of Macao menu will be available until the end of July priced from RM188 for dinner set. For restaurant reservations, please call Champignons at 03-7832 2629.

Posted by elanakhong at 1:52 AM