Pensonic's Chef's Like Campaign Season 2 Cooking Classes 2015 with Celebrity Chef Dato' Haji Ismail was held last Sunday in West Boulevard, One City USJ. Thanks to a dear friend, I had the chance to join the cooking class. This is the first time Pensonic has a cook along with contest winners and Celebrity Chef DCH Ismail, but it's the second consecutive year Pensonic is having the Chef's Like Campaign Cooking Classes. 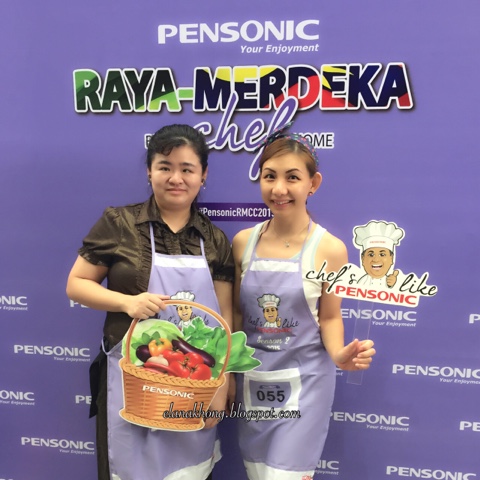 Meet my cooking partner, Sherry. Thanks for joining me! *muacks*

Last year, Pensonic's Chef's Like Cooking Classes 2014 was a very successful one, therefore the campaign continued again this year. Pensonic is celebrating this campaign with its loyal customers by offering them double the fun, double the excitement, with lots of Facebook and Instagram photo contests with fabulous Chef's Like prizes to be won. There is also Instagram photo contests in selected locations and lucky draws in all cooking classes, with more prizes await winners and guests. 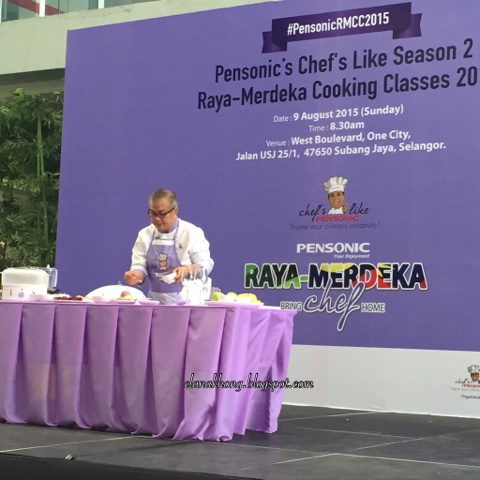 Even viewers at home who watched "DCH Ismail Bersama Chef's Like" an eight episodes of informative cooking programmes at home every Wednesday from 6.00pm to 6.30pm on TV3 had opportunities to win exciting Chef's Like prizes. With hot celebrities such as Nad Zainal, Yasmin Hani and Sharin, Salih Yaacob, Dato Seri Vida, Amelina, Zoey Rahman, Waris and Chef Zam joined Dato' Chef Haji Ismail to inspire viewers enthusiasm for cooking and explore a world of exciting culinary possibilities. 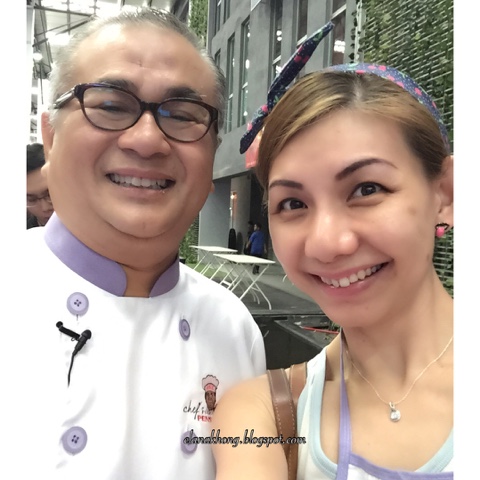 Celebrity Chef Dato' Chef Haji Ismail not only an easy going, jovial and chatty personality, he is also meticulous and has a natural talent for turning even the most boring cooking tasks into a fun activity. In each of his "DCH Bersama Chef's Like" episodes, he shares his treasure trove of culinary tips on how to create amazing dishes that tease and tantalise your palate.

The highlight of this whole Pensonic's Chef's Like Campaign Season 2 Cooking Classes 2015 is the Grand Prize of "Raya-Merdeka Bring Chef Home". The winner of this contest gets to bring Celebrity Chef Dato' Chef Haji Ismail home on Merdeka eve 30 August 2015, and also win the whole range of Chef's Like cooking appliances for his or her home. Wow....  And if you don't know yet, Dato' Chef Haji Ismail is an accomplished Chef who represents Malaysia in tourism events and has been Pensonic's Friend since 2005. Hailed from a quaint Malay Village in Negeri Sembilan, he is guided by his grandmother who was an avid cook and food lover.

The contest started on 18 April and ended on 18 July 2015, customers can participate with purchase of any Chef's Like kitchen appliances and fill in an entry form with a simple slogan to win tickets to attend Celebrity Chef Dato' Chef Haji Ismail's exclusive cooking classes. The selected winners get two tickets each to watch the friendly Celebrity Chef Dato' Chef Haji Ismail prepare sumptuous gastronomic delights in his enjoyable cooking classes. These winners also have the special opportunity to participate in "Raya-Merdeka Bring Chef Home" contest. 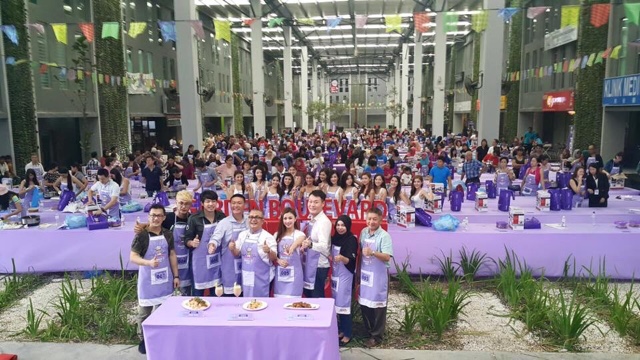 Pensonic's Chef's Like Campaign Season 2 Cooking Classes 2015 are as follows : 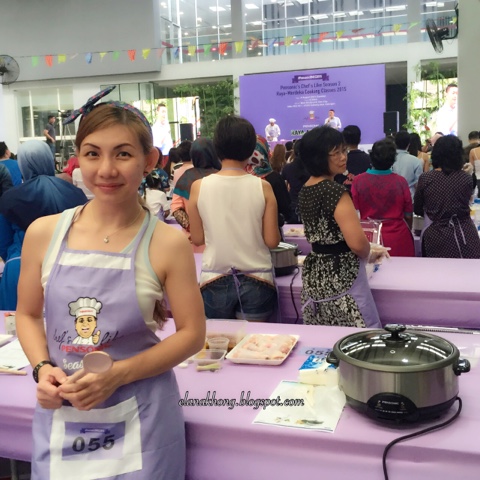 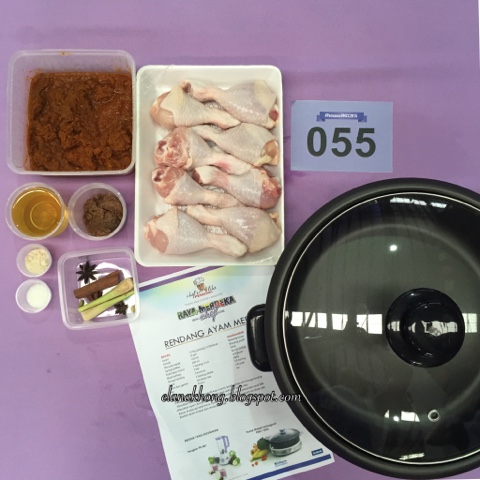 We will be cooking Rendang Ayam Merah.  With all the ingredients and cooking utensils provided, I am excited to start cooking. 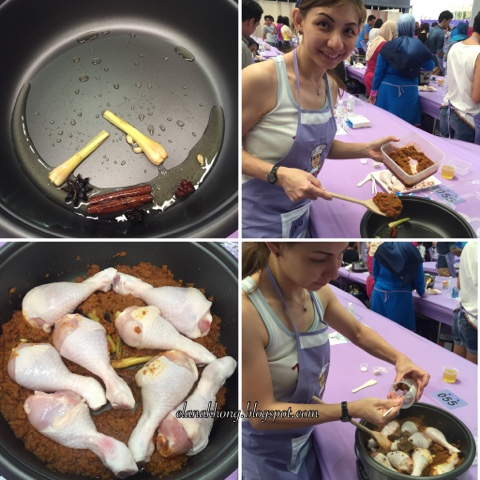 Let's begin, shall we? By the way, it's my first time cooking Ayam Rendang. *shy* 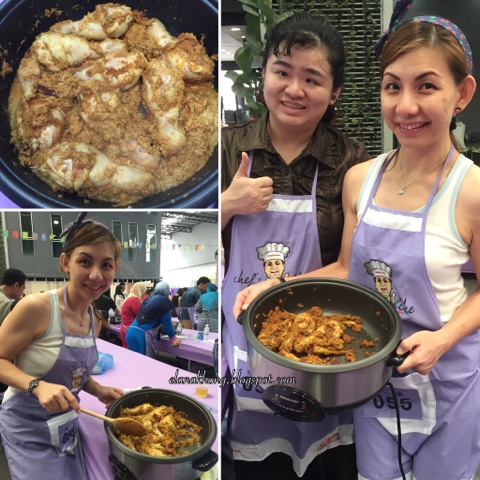 And finally it's done. We enjoyed our cooking experience and can't wait to indulge in our own culinary adventures at home with the Pensonic Multi-Cooker. 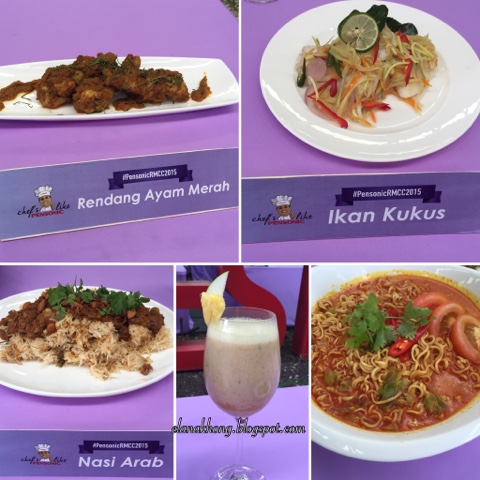 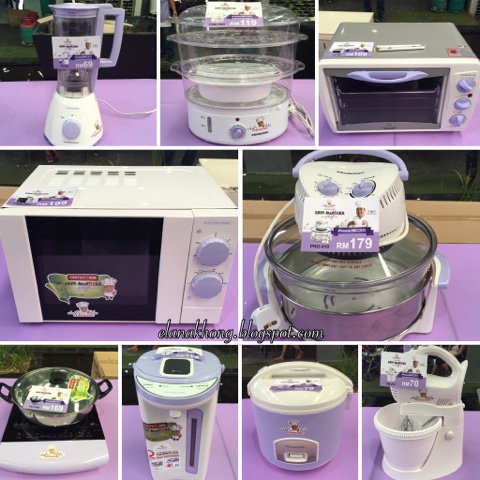 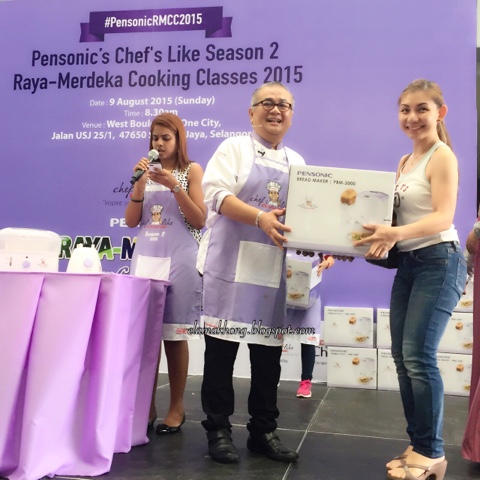 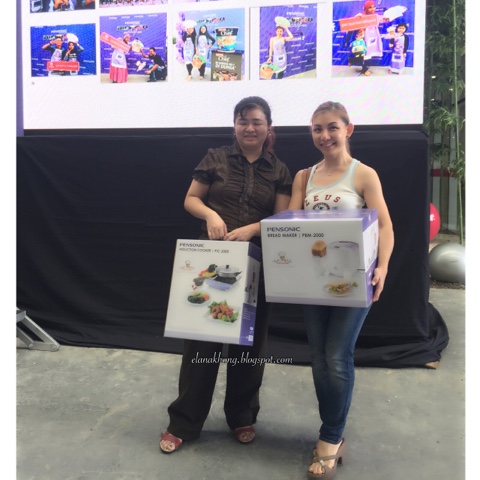 Lucky Sherry won herself Chef's Like Induction Cooker in the lucky draw too. Can you spot my winning photo? Hehehe.... Lady luck really shines upon both of us on that fine Sunday morning. 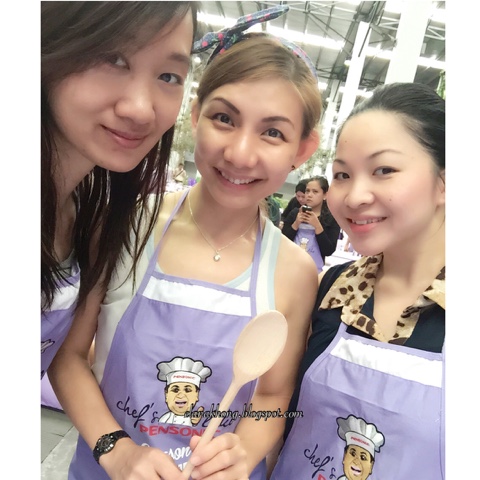 "wefie" with Jacqueline and Carol.

Thank you Pensonic for having me. I had so much fun! XOXO