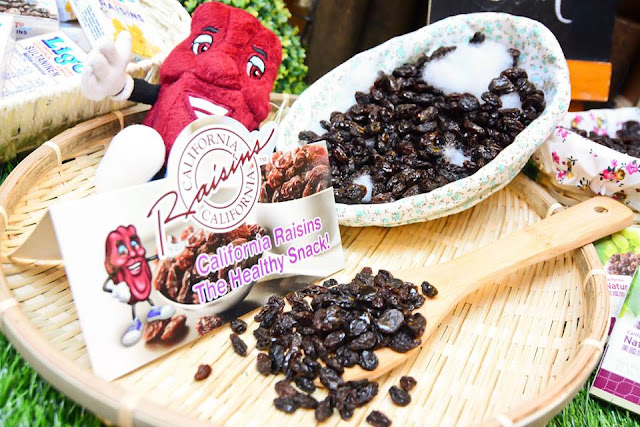 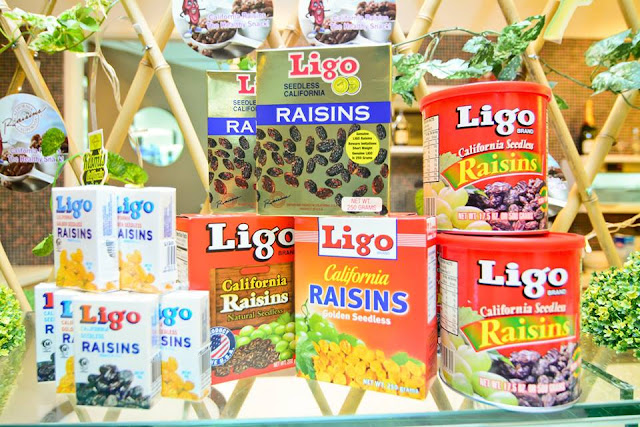 The event aimed to create awareness on the nutrition and versatility in dishes, pastries and desserts for California Raisins. Do you know raisins are commonly used by homemakers during festive seasons like Hari Raya for tasty and appealing culinary delights? Raisins are tasty and healthy little gems that can be used in assorted culinary delights. It is also the perfect snack for children to munch on. 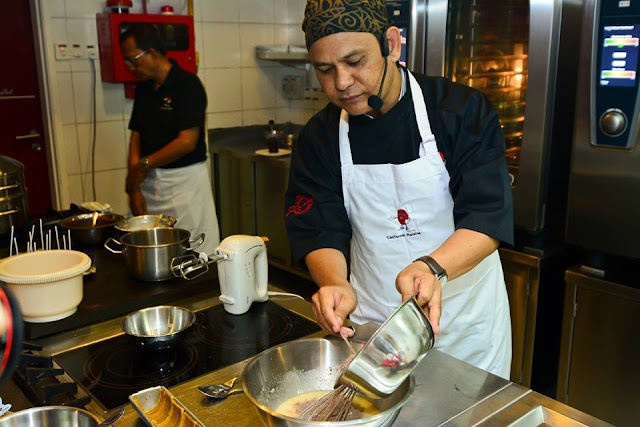 We are introduced to Chef Anuar's repertoire of festive home-made recipes using California Raisins such as steamed cakes, cookies, puffs and tarts.  also shared his tips and recipes to inspire baking creations for  during Hari Raya. 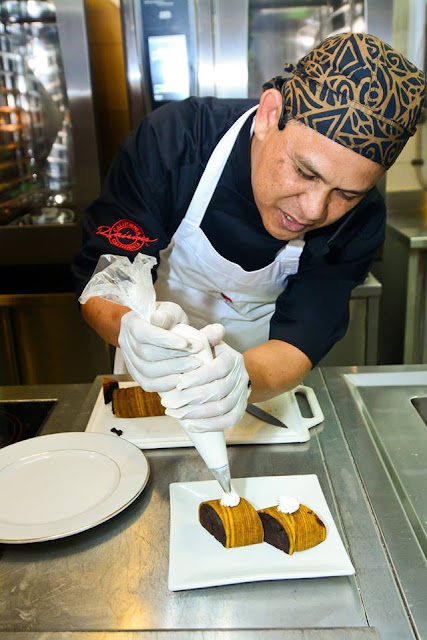 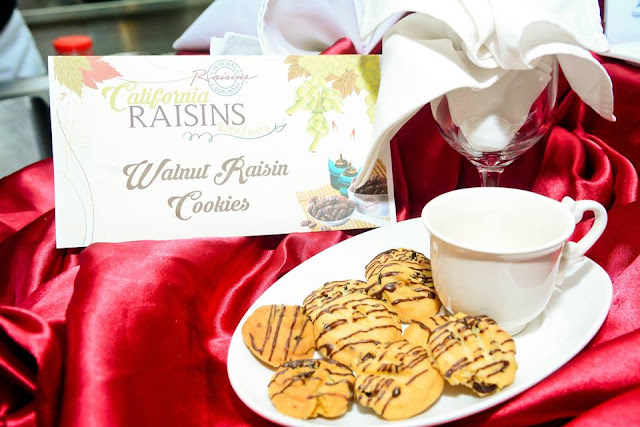 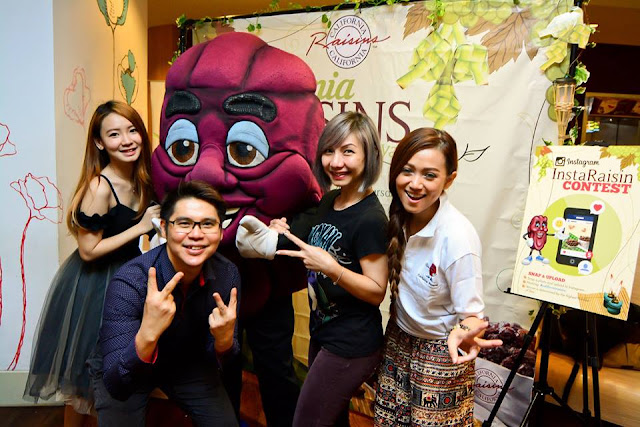 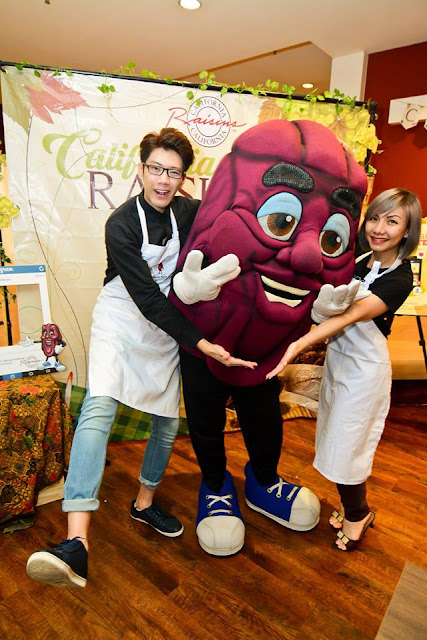 Meet my teammate, the tall and handsome Mr Tommy! Gosh... I look super duper short beside him. LOL 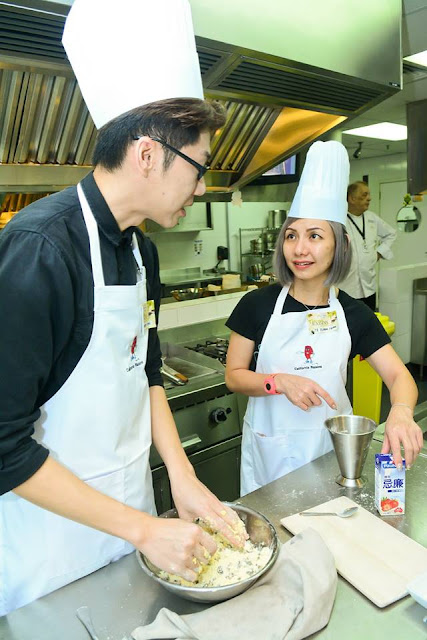 In the kitchen, he's the one hard at work most of the time. Thank you! *muacks* 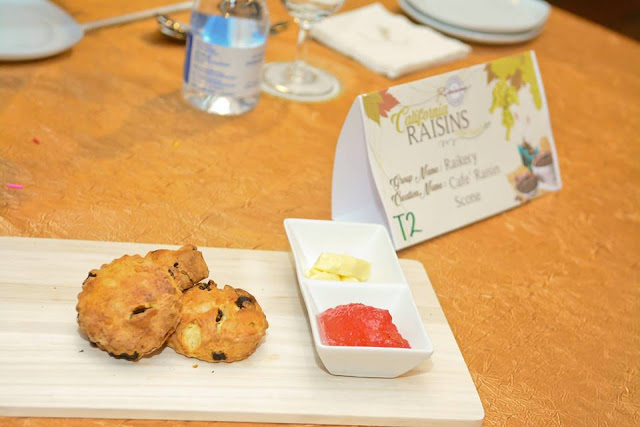 After an hour of mixing, kneading and baking, I present to you our creation, Cafe Raisin Scone <3 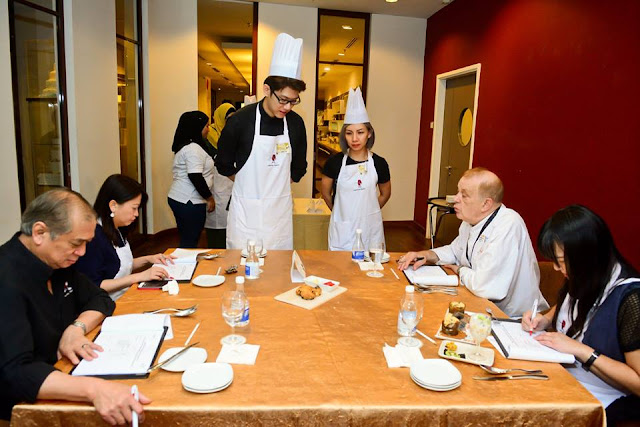 Judging time! Unexpectedly, we get quite positive feedback on the taste and texture, but needed to improve on the presentation wise. Hey, that's not too bad! In case you don't know, it's our FIRST TIME baking scones, ok. LOL No pun intended, but it's really quite tasty, I swear. :p 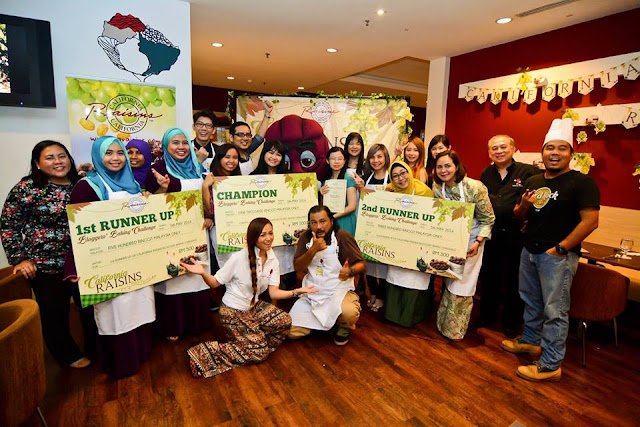 Heartiest congratulations to the winners! You guys are amazing. 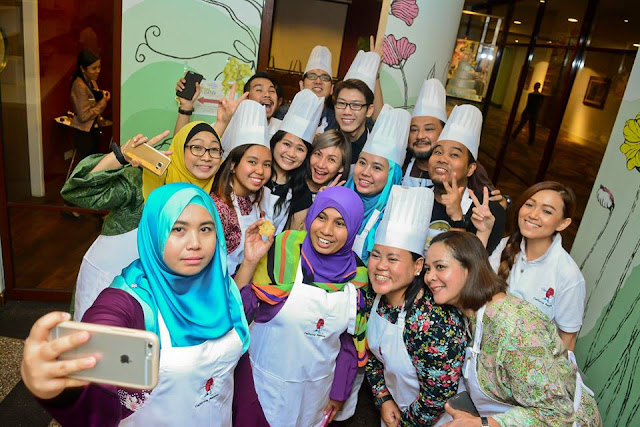 Last but not least, thanks for having us. It was indeed a memorable and fun experience.

Posted by elanakhong at 1:54 AM