ONE : CLASH OF THE HEROES @ Stadium Negara, KL 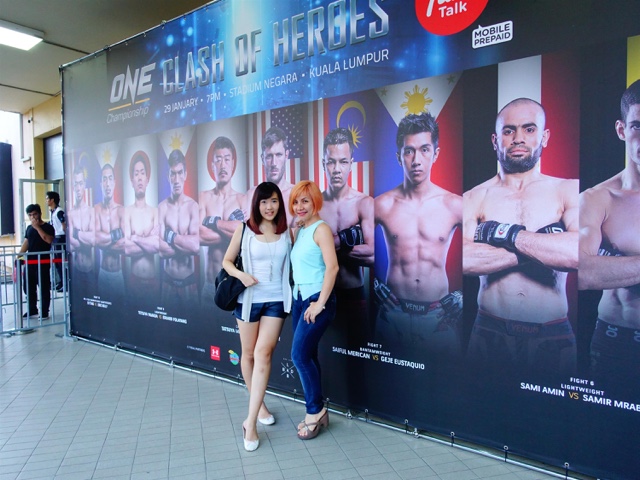 Hello! Last Friday was an exciting and thrilling one for me as the largest sports media property in Asian history, ONE Championship Clash of the Heroes organized by Metros.Events electrified the iconic Stadium Negara. I got lucky and scored myself a pair of passes to catch the world-class mixed martial arts, thanks to Metros.Events. 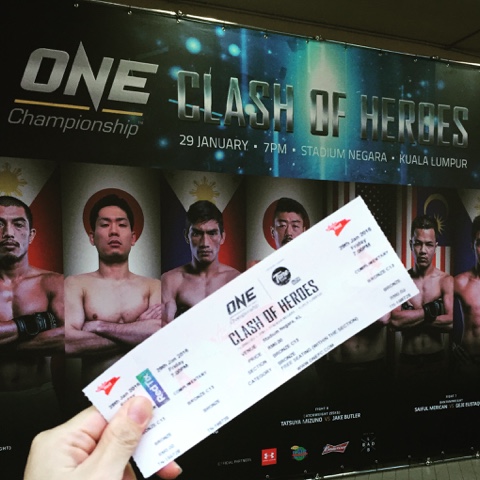 Yay..... Thank you Metros.Events for the passes. It was an eye opening experience watching international mixed martial arts talent battled it out inside the ONE Cage.

OFFICIAL RESULTS OF ONE : CLASH OF HEROES 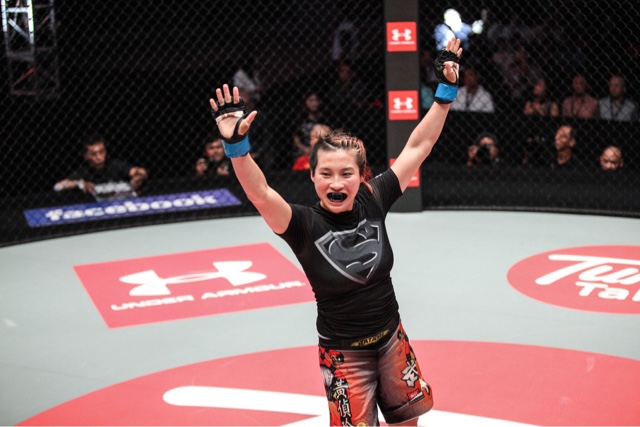 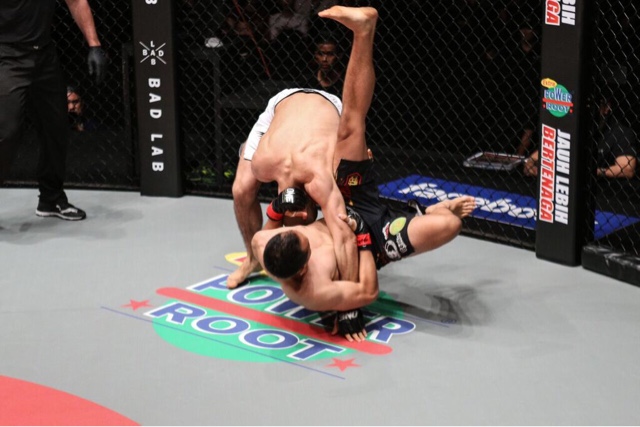 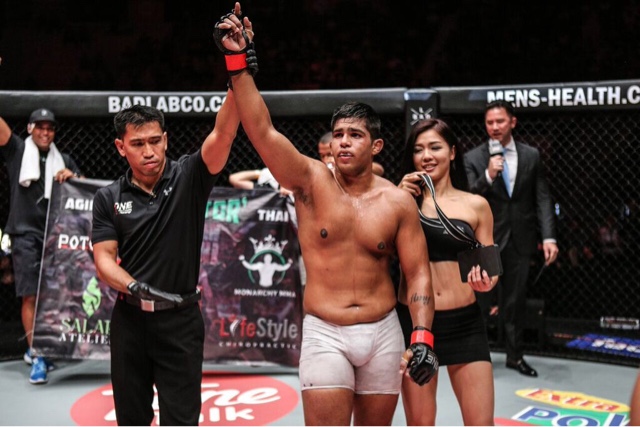 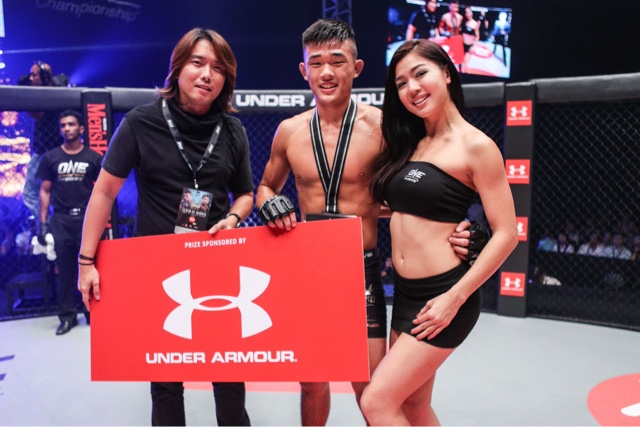 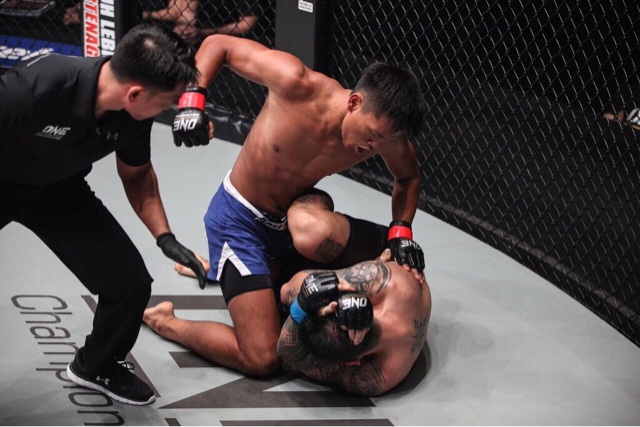 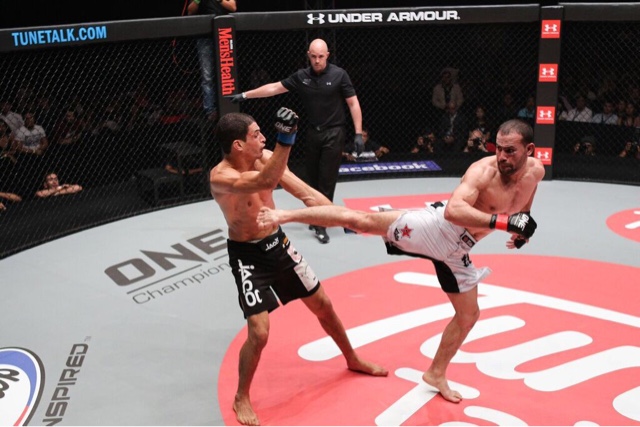 “I’m blown away by the support I get from this new family that I’ve made in Malaysia. It really humbles me,” said Mrabet. 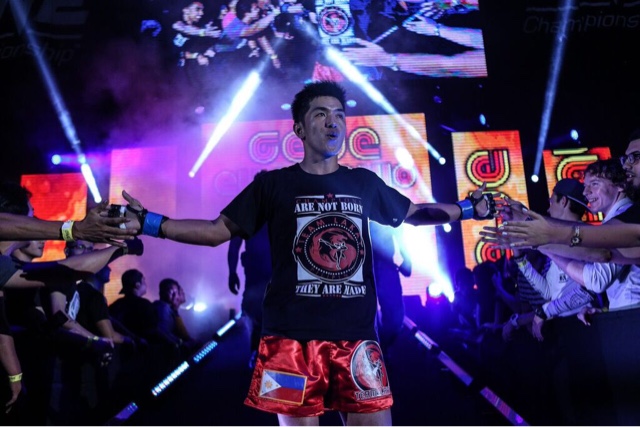 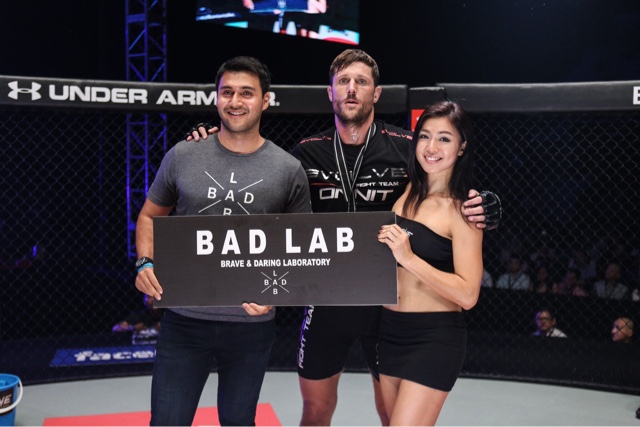 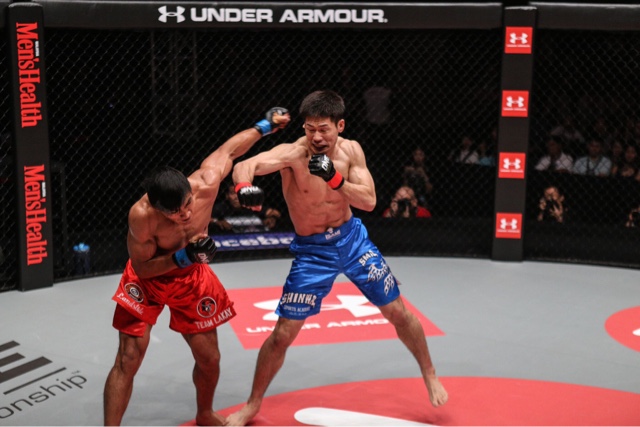 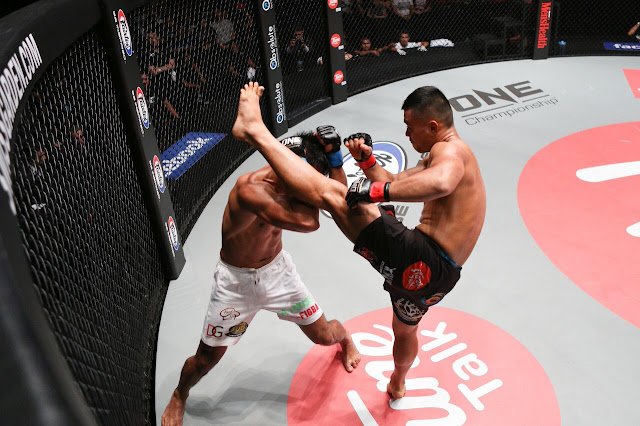 The main fight of the evening, an exhausted Ev Ting pulled out a gutsy victory over Eric “The Natural” Kelly of the Philippines. Ting dominated the striking exchanges throughout the bout while Kelly tried his best defending. In the third round, Ting latched on a standing Guillotine that transitioned into a mounted Guillotine, leaving Kelly no choice but to tap out. It was a great fight. 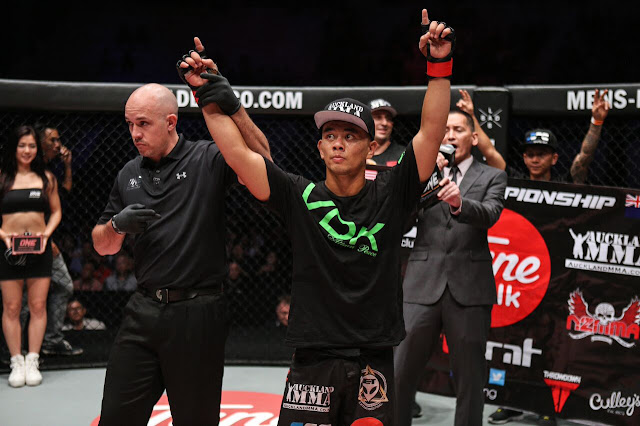 Featherweight Malaysia Warrior bout: Ev Ting defeats Eric Kelly by Submission (Mounted Guillotine) at 1:58 minutes of round 3
In case you missed the action, please log on to www.onefc.com/livestream for the full replay of the fights at only US $9.99.

Posted by elanakhong at 4:31 AM