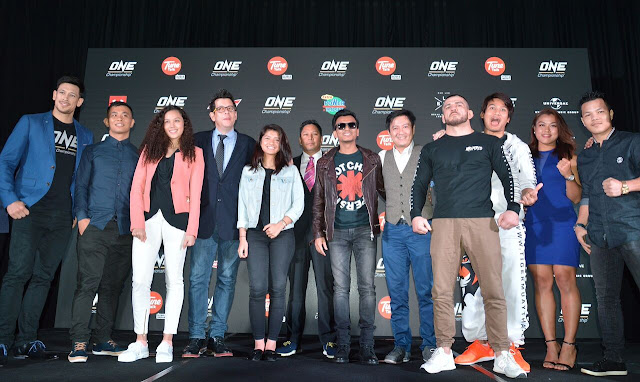 Wootz..... I'm super hyped for this! The largest sports media property in Asian history, ONE Championship™  (ONE) has collaborated with Tune Talk and UNIVERSAL MUSIC GROUP (UMG) to bring you ONE: UNBREAKABLE WARRIORS which is set to take place at the Stadium Negara on 2 September in Kuala Lumpur, Malaysia.  Fans of ONE Championship are in for a treat as Universal Music Group will be bringing artists Faizal Tahir and Ella to perform live at the event. 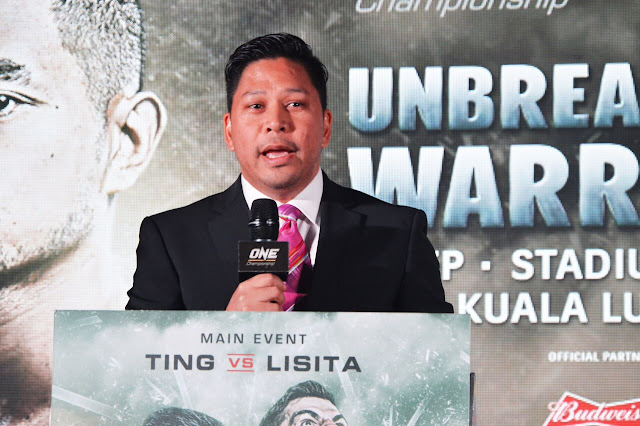 Mr. Victor Cui, CEO of ONE Championship speaking at the ONE: UNBREAKABLE WARRIORS Press Conference at the Westin. 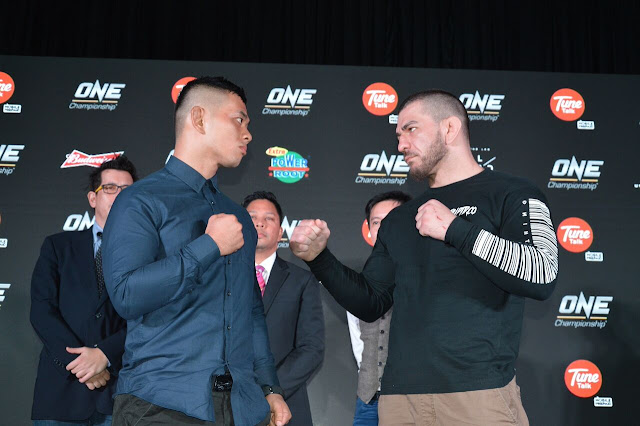 Ev “E.T.” Ting is a mixed martial artist of Malaysian descent. He lives and trains out of Auckland, New Zealand, and has amassed a stellar 11-3 record so far in his professional career. A winner of his last two bouts by impressive submission over top caliber opponents, Ting is one of the most talented fighters to come out of Malaysia.

33-year-old “Ruthless” Rob Lisita of Campbelltown, Australia, is known as a relentless offensive force, armed with powerful striking combinations intended to score highlight-reel finishes. He is 14-8 as a professional mixed martial artist, and has proven to be a fixture in big fights owing to his fan-friendly style. A veteran fighter who has faced the best in his division and beyond, Lisita looks to continue fulfilling his goal of competing against the promotion’s top contenders. 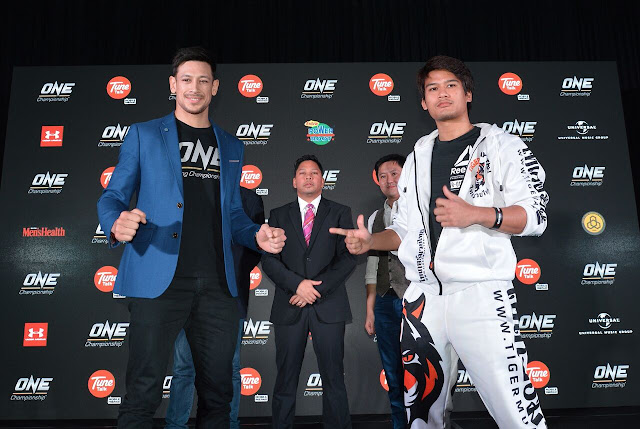 Peter Davis (Left) and Shannon “One Shin” Wiratchai (Right) taking on the fans while Victor Cui, CEO of ONE Championship looks on.

Posted by elanakhong at 6:43 AM

Email ThisBlogThis!Share to TwitterShare to FacebookShare to Pinterest
Labels: event