Deliver Us From Evil - Sneak Preview

Yesterday went for the sneak preview of the horror film Deliver Us From Evil. Thanks to my friend Sherry for inviting me. :) 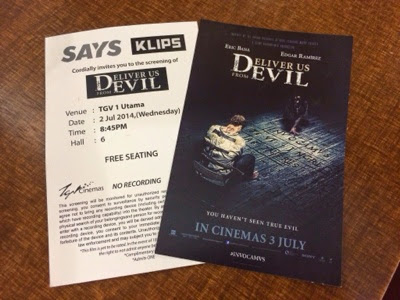 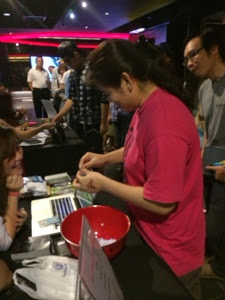 Too bad she's not in luck for the lucky draw prize.
This film stars Eric Bana, Edgar Ramirez, Olivia Munn, Chris Coy, Dorian Missick, Joel McHale, Sean Harris, Lulu Wilson, Olivia Horton, Scott Johnsen and Daniel Sauli. In Deliver Us From Evil, New York police officer Ralph Sarchie (Eric Bana), struggling with his own personal issues, begins investigating a series of disturbing and inexplicable crimes. He joins forces with an unconventional priest (Edgar Ramirez), schooled in the rituals of exorcism, to combat the frightening and demonic possessions that are terrorizing their city. Towards the end, a lot's of ridiculous exorcism ritual.
So am I scared? Well, the scares were mainly because of the disturbing and gory images of death or possession scenes. But what really got me scared is particularly from the animals.
It's a two hours film and it does lose some steam in the between due to the frequent sudden changing of scene plot. Basically it's not really scary, but still it's a creepy exorcism movie.
Overall, from my personal opinion, this movie is not really worth watching and can be quite boring. 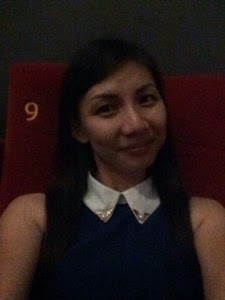 Selfie before the movie starts....
Posted by elanakhong at 3:57 AM